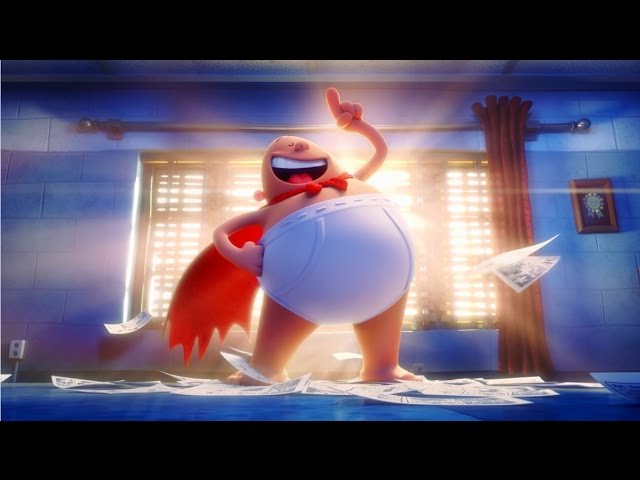 Book series adaptation Captain Underpants is coming to a big screen near you with the voices of Kevin Hart and Ed Helms taking us on a silly ride.

The trailer goes from silly to even sillier real quick as the boys turn their grouchy head teacher to an unorthodox dumb as s… super hero.

From DreamWorks Animation comes an epic feature film about a hero and his underpants. It’s about two boys who create a homemade comic book character that becomes real when they hypnotise their fun-crushing school principal and convince him that he…is tra-la-la…CAPTAIN UNDERPANTS. 
Captain Underpants: The First Epic Movie is IN CINEMAS JULY 28 IN 2D