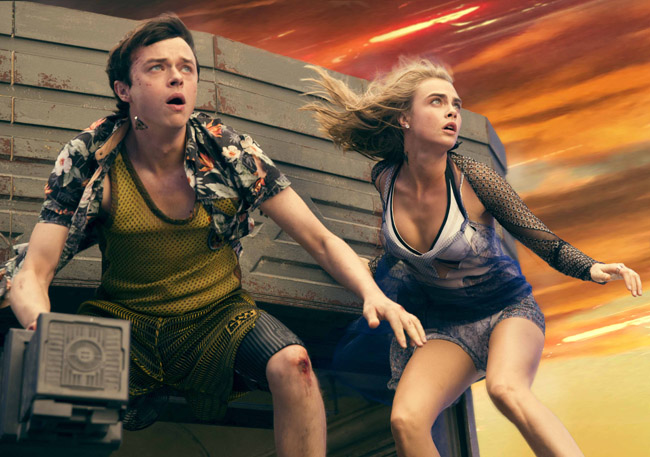 The EPIC first trailer for Luc Besson’s VALERIAN AND THE CITY OF A THOUSAND PLANETS has arrived!

Stars Dane DeHaan and Cara Delevingne are joined by Clive Owen, Ethan Hawke and Rihanna, in the ultimate sci-fi adventure coming to UK cinemas in Summer 2017.

Synopsis:
In the year 2740 Valerian and Laureline are special operatives for the government charged with maintaining order throughout the Universe. Under orders from their commander, Valerian and Laureline embark on a mission to the breathtaking intergalactic city of Alpha, an ever-expanding metropolis comprised of thousands of different species from all four corners of the galaxy. This great, historic city, is under attack by an unknown enemy. Valerian and Laureline must race against time to find the source of this evil and stop it before it destroys the cornerstone of our Universe.