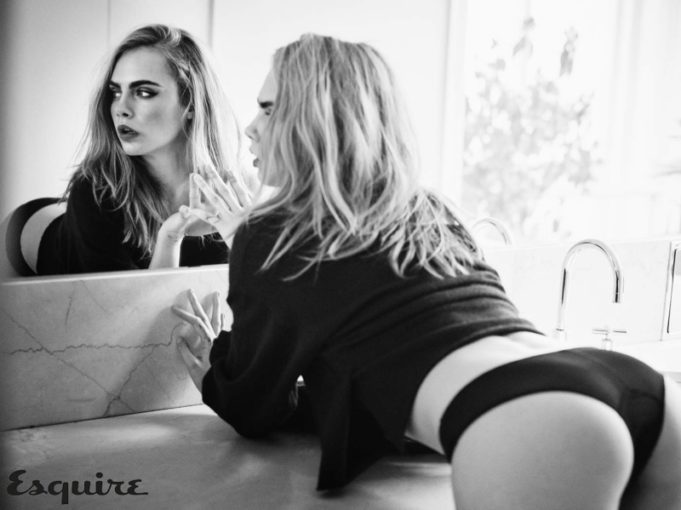 Fresh off the red carpet from the Suicide Squad European Premiere at Leicester Square, Cara shows some skin for the September 2016 cover of Esquire UK.

“There are some girls who are beautiful all the time, that’s just who they are. I’m not. I’m a weirdo, I’m a goofball.” Cara

Photographed by Simon Emmett, the blonde bombshell model-actress gazes into the camera’s lens with her hair in tousled waves.

Inside the magazine, Cara goes nude in a series of sultry portraits. The self-described “goofball” channels her inner vixen for the photo spread.

In her interview, Cara opens up about her struggle with depression, not being interested in clothes and more.

“The fashion industry,” she tells the magazine, “is about surface, it’s not about what’s underneath, it’s not about being yourself. You don’t feel you matter as a person. You feel like it’s just about your looks—and it is.”