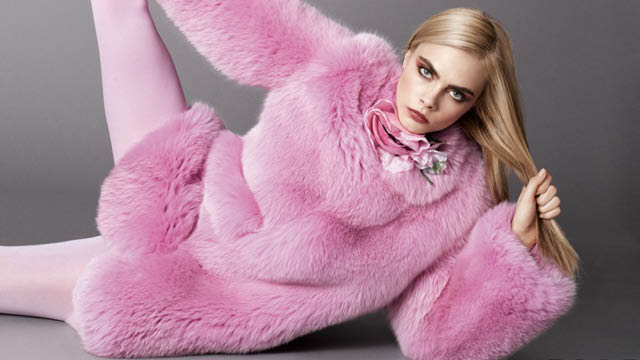 We just saw Cara Delevingne walking the red carpet of the European premiere of Suicided Squad in London alongside Will Smith & Margot Robbie. Now the supermodel and actress is on the cover of the September 2016 edition of Elle Magazine. Cara wears a sequin-embellished dress, earring and belt from Saint Laurent.

Inside the magazine, the British model and actress poses for Terry Tsilois in bold looks from the fall collections. Stylist Samira Nasr selects designs from the likes of Gucci, Eres and Philosophy Di Lorenzo Serafini.

In her interview, Cara talks about appearing in ‘Suicide Squad’, being an inspiration to her younger fans and more. Talking about social media, she reveals:

I couldn’t just sit there and listen to these girls, and boys, too, but usually girls, say this stuff, about bullying, about their sexuality, depression, and guilt and suicidal thoughts and just all of it, without being like, ‘I have been through that, and it’s going to be okay.’ If I can help a teenager go through a better time than they should be, then I am going to f***ing do that. I mean, fucking being a teenager suuuccccks. And I somehow came through the other end.