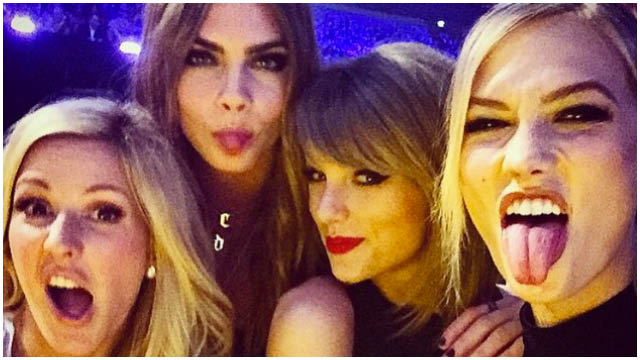 On a tour promoting her latest film role in ‘Paper Towns’ Cara Delevingne nearly made a huge blooper on her interview with Time Magazine.

The 22-year-old British model and actress talked about people who questioned her acting ability, and also had a special message for the haters.

“If anyone just thought I was trying to pad my resume, they can suck my”—she paused to consider her word choice—”boobs.” She went on to say, “I take what roles I do very seriously. I always want to portray a strong female. Acting roles for women are usually less strong and, like, bleeding hearts.”

3 guesses on what you think Cara was going to say before the pause? And in another interview with the New York Times. Cara addresses her interview with Vogue last month were the writer characterise her same-sex relationship with St. Vincent as a phase.