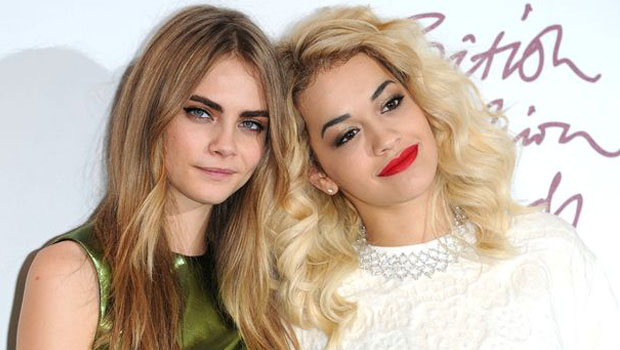 Have you heard of Cara Delevingne? If you haven’t then you need to get to know! She’s best mates with Rita Ora and Rihanna, she’s a sought after model who dominated the A/W 13 catwalks in New York, London, Milan and Paris this last month during all the fashion weeks, she pulls wacky faces when photographed and has made the beanie hat her statement accessory! How cool is Cara Delevigne and what must it feel like to be the model of the moment? I’d say pretty great!

The 21 year old fashion model has soared to stardom in recent years; she was named one of London’s 1,000 Most Influential of 2011 by the Evening Standard, won Model Of The Year 2012 at The British Fashion Awards and is currently the face of Burberry’s Beauty campaign, amongst lots of other campaigns and shows. These last few weeks she has taken the fashion world by storm not just for her runway skills but, also for her style off the runway.

During her stint at Paris fashion week she walked for H&M, Lanvin, Vanessa Bruno, Jean Paul Gaultier, Saint Laurent, Chanel and finally alongside Kate Moss at the Louis Vuitton catwalk show. Cara has been a busy girl and is rumoured to have been offered a place to stay in L.A by Rihanna to relax after all the action! Take a look at some of her looks off the runway at London and Paris fashion weeks and if you want to copy her style what’s the first thing to do? Invest in a beanie and start practising those poses!