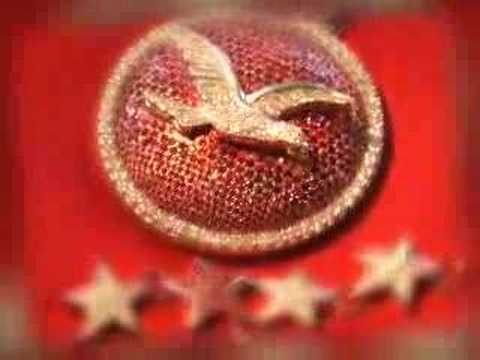 Cash Money Records have been busy. Not only is their artist Lil Wayne dominating the charts but they are also signing musical talent from the UK to Australia to join their rooster. Rapper Birdman (aka Baby) and Cash Money Records CEO hit UK shores for the first time ever to be present at the shoot for his label’s latest signing Jay Sean’s music video Down. Flavour caught up with him to talk music, Hurricane Katrina and leaving a legacy.

So what do you think of it?
Different, you know, but I love it though. I can’t get enough of it.

Why did you want to shoot a music video here?
You know, Jay Sean was our newest artist so I just came over here supporting him baby.

How did that hook up with Jay Sean happen?
Somebody gave me his disc, I gave it to my brother and we pulled him up on the internet and I liked the videos. I really liked the music. I think he’s talented, very creative and we decided to support his vision and what he wanted to do with his music. Well, as a label you guys are known for developing artists from the ground up and although Jay Sean is established over here, is that what you are trying to do with him?
Definitely. Just bring his vision and his music to the country. In my opinion I think he’s a superstar and I’m going to make him a superstar. An International star. I knew he’d do good at home coz’ if it don’t start at home how you going to go anywhere else and do it, you know.

Yeah, no doubt. What do you think of the UK Music industry in general?
You know he was the first artist I heard. I know they got Estelle from over here right?

Yeah, she’s another hot UK import to the US…
I’m not really educated to the music but I asked for a lot of the UK music and Jay’s going to get it to me. I’m gonna see a lot of the music and the movies and see what’s going on here.

What do you think of the UK women?
I think they’re the most beautiful I done seen.

I’m sure your US video girls are going to be jealous now that you’ve said that!
You know I’m from the US so it’s something I see a lot you know. We got beautiful women too but it’s just a different beauty over here.

When you made that deal with Universal almost 12 years ago it was like this 30 million deal – something that was quite unheard of. How did that deal come about?
I mean, me myself, I was an independent company .I really didn’t wanna give up any rights of my company coz’ I felt like we were already making millions of dollars independently. And I was studying it before I really got into it.

Through my seven years, the people I was looking up to – the P Diddy’s, the Suge Knight’s, the Master P’s, the Rap-a-lot – I didn’t wanna give up nothing. I didn’t want to give up no parts of my company because there was so much blood on us accomplishing. So, I didn’t wanna give up nothing, so I went in there with an attitude like if y’all gonna fuck wid us, fuck wid us. That’s nothing. I can go back in the projects and do what I do. And they gave us the opportunity and there it was but I refused to give up anything. I own all our Masters. We own 100% of everything.

That’s the way to be in this business.
Believe that.

Do you think that’s what helped you guys be okay in today’s economy and music industry?
Yeah, being able to control your situation cos when the label’s controlling your situation, you have to really work off of what they believe in. They don’t believe in everything you believe in. Honestly, they never liked none of our records! Ya heard me. Coz’ we from the South and we had to really educate them, you know. So by me being able to control my destiny, I was able to make my own leads and make my own moves. I have a P&D, which is a press and distribute. So what I bring, if they like it or not, it’s their job to work it.

Is that something that you teach all the people that come on to your label that are coming up?
Well I want the new artists, you know even with my son Wayne, I want them to understand we have a machine. Just work the machine. I ain’t here to be no nigga’s boss. I’m here to work with ya, hustle and we make money. Ya hear me. That’s what I’m here for. And know that what we built is a machine and an establishment and use it to your advantage. Coz’ what you bring is what I’m gonna push. I ain’t here to change no nigga or nuttin’. You can jump in our world; I come in your world, whatever you want to do. However you want to do it. I’m here to help that, coz’ we got this rap shit on lock. This is what we do, ya hear me. So my machine is my strength.

Do you think the current changes within the music industry are affecting your business at all?
It’s affecting the label so it might affect my business but what other companies are going through I haven’t been through that. I mean, the record sales haven’t affected us at all. Coz’ we sell records.

The South at the moment has this stronghold on the game in the US. Can New York or the West Coast ever get it back?
I mean… good music is good music and I think our music is just different from theirs. And it’s our time. We make club music. I don’t think the game’s ever gonna come out the club. So for them, they just gotta get in where they fit in. Figure it out. You know, get with the programme. Make up tempo club music, you know.

Let’s talk about your style, how would you describe yourself?
High end. I like to spend money on myself. I like expensive stuff and that’s just me. I wanna be different from everybody, you know. I don’t want one car – I want 50 cars. You know, I don’t wear the same jewellery. I wanna be different. I’m a stunner. When I die, I wanna make a legacy and my legacy for myself is – I like to shine.

Tell me about some of your business outside of the music.
I mean I have my Lugz shoes. I didn’t really want to do too much. I have a little Real Estate. Got an oil business. That was enough for me but for Katrina we lost a lot of shit and at that point I was thinking maybe I could just put my hands in a few things, not a lot of things, just something for my family you know. So if something ever happened, everybody, you know, could fall back on. Besides that, my son runs the company. We wealthy, you know. Ain’t nobody crying about nothing.

How did Katrina affect you personally and in business?
It changed our life and made us look at life differently. It changed our music. Made us look at our music differently. Made you just look at situations different. Just thinking that you could wake up one day and everything that your grandfather, grandmother before your time, worked their whole life for to have and all that shit be gone. So really we hard to start over. But I didn’t wanna let the situation slow us down. I took the loss and made it a gain. I made the situation make us speed up and go even harder. So we lost everything. All this was cool. All that’s material shit. I’d get it back but. The clock didn’t stop ticking coz’ of what happened in my town. So we had to get what was going on to keep our music going. So that’s my whole thing. I love music
so much. That got us through and we just went in hard.

So what can we expect from your album ‘Priceless’?
Me…you know as an artist…just stuntin’ fly. Just living the life, ya heard me. Just bringing’ the motherfucker through. What we been through, where we’re going and what the vision is, where we tryna go you know what we doing with this music. Just me.

Sounds like you got a lot going on.
We in rotation. Full rotation.