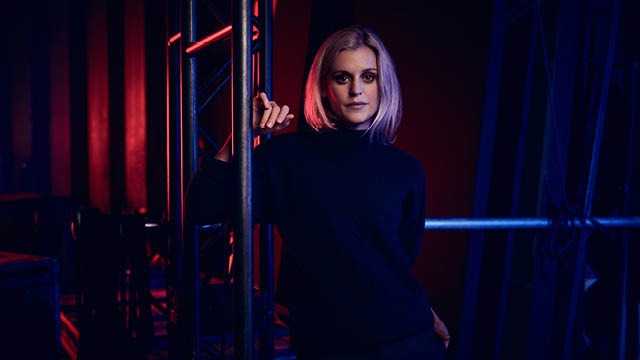 America in the mid-1980s. In the midst of the AIDS crisis and a conservative Reagan administration, New Yorkers grapple with life and death, love and sex, heaven and hell.

The production will be directed by Olivier and Tony award-winner Marianne Elliott (The Curious Incident of the Dog in the Night-Time, War Horse, Husbands & Sons) and designed by Ian MacNeil, with costume by Nicky Gillibrand, lighting by Paule Constable, choreography and movement by Robby Graham, music by Adrian Sutton, sound by Ian Dickinson, puppetry designers Nick Barnes and Finn Caldwell, puppetry director and movement Finn Caldwell, illusions by Chris Fisher, aerial direction by Gwen Hales and fight director Kate Waters.

Millennium Approaches, the first of the two plays which form Angels in America, received its British premiere at the National Theatre’s Cottesloe Theatre in 1992, in Declan Donnellan’s original production, and was joined by Perestroika in a double-bill the following year. 2017 marks the 25th anniversary of the shows.

Andrew Garfield, playing Prior Walter, said: ‘I feel tremendously grateful and healthily daunted at the prospect of being back in a rehearsal room at the NT to attempt to scale the mountain of Tony Kushner’s masterpiece Angels in America.  Thanking God or some other divine force to have Marianne Elliot as our intrepid leader and this incredible company of actors to share the adventure with. What a gift to work on and offer up this play that feels so urgent at this very moment, for all of our souls.’

Denise Gough, playing Harper Pitt, said: “I’m so excited to be going back to the NT to work on Angels in America with such a brilliant team. It’s a great play in exactly the right place and at a time when it is vital that we tell these stories on huge stages.”

Nathan Lane, playing Roy Cohn, said: “I am very honored to be making my NT debut with such a distinguished cast under the direction of the brilliant Marianne Elliott in Tony Kushner’s masterpiece. In light of recent political events here in the U.S. I can’t think of a better or more timely play to be doing.”

James McArdle, playing Louis Ironson, said: “I am delighted to be returning to the NT and especially to be working with Marianne on such a fantastic project. I have always loved this play; in fact, I think it’s one of the greatest plays of the 20th century. And now, with the election of Trump and the world regressing to the right, the play will have a charge and a vitality that will make it all the more relevant.”

Russell Tovey, playing Joe Pitt, said: “The great work is about to begin. The excitement and pride I feel as I embark on rehearsals for this epic play and this majestic production is palpable. I am so incredibly excited to be back at the NT after nearly ten years away with this historic and vitally important piece of theatre at a time when it has never seemed more relevant. I cannot wait to explore the tormented world of Joe Pitt and those tortured souls around him.”

Angels in America will be broadcast by NT Live from the National Theatre to cinemas around the UK and internationally. Dates and venues to be announced.