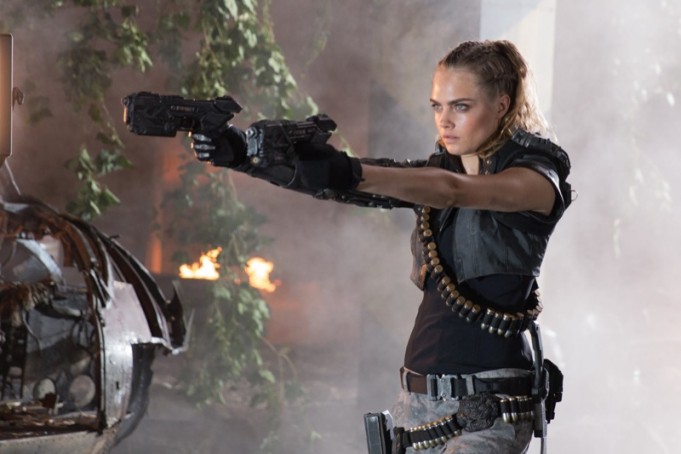 We have no doubt, this trailer will shoot Cara up the fan list of men, boys and girls around the world of gaming what better place to start that the huge franchise of Call Of Duty? Watch the trailer below and see Cara, like you’ve never seen her before. I think Lara Croft would be scared right now if she was watching this trailer.

And if that’s not enough, then don’t forget the gaming franchise launched earlier this week, a Carl’s Jr. commercial with model Charlotte McKinney promoting the new ‘Call of Duty’ installment–in a much a more racy manner. Flaunting her curves as she enters in the middle of a full on battle with bullets flying. As a man is about to eat his Ultimate Care Package including a Tex Mex Bacon Thickburger, she tells him “nice package” for a not so subtle double entendre

Find out How to Date Charlotte McKinney and take a look at more images of Cara below.