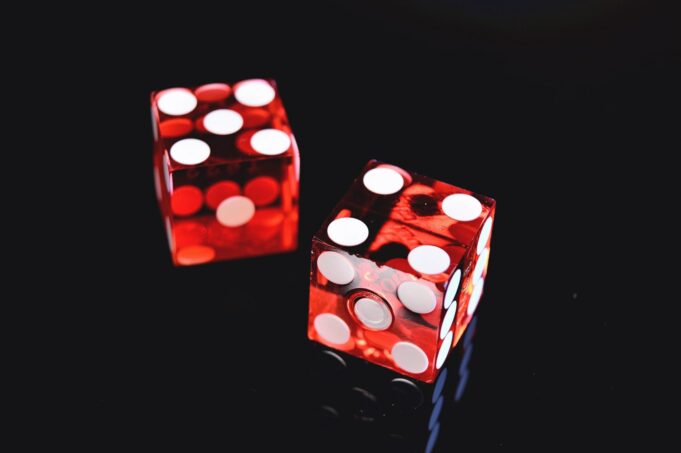 While the life of a celebrity is generally a luxurious one, it also leaves them with a great deal of leisure time that they need to find a way to fill.

Given that money is really no object to successful celebrities, it is perhaps no great surprise that many of them like to gamble during their time off. This is usually high stakes stuff at the most opulent casinos and resorts in the world, as these are not the type of people who have to worry about whether they are going to be able to pick up the tab at the end of the night. It is also a link that the gambling industry itself has sought to capitalise on.

The US remains the playground of the most high-profile celebrities in the world and it is also the home of that Mecca of nightlife and casino gambling: Las Vegas. This makes it seem inevitable that many stars would be drawn to Vegas when they are not working on their latest movies, television shows or music as the city is certainly one of the main places that many stars go to party. There are several Las Vegas celebrity hotspots that include nightclubs The Tao and The 1OAK and a restaurant called Andrea’s. One thing that all these places have in common is that they regularly attract A-List names, and another is that they are all part of casino complexes.

Among the globally famous faces that have been seen at the Tao, within the Venetian Casino, are Mariah Carey, Jessica Chastain and Jay-Z, while it was the chosen spot for Kim Kardashian’s lavish 30th birthday celebrations. The 1OAK, part of the spectacular Mirage Hotel and Casino complex, was where Usher chose to launch one of his albums, while Andrea’s restaurant at the Wynn Casino complex, has hosted stars such as Lady Gaga and actor Elijah Wood. Clearly the world of Las Vegas and its grand casinos is one that has a lot of appeal for the rich and famous.

How Online Gambling Sites have recognised this

People are enticed by celebrities; the glamour and freedom of their lifestyles is intoxicating to many out there and therefore it makes sense for the gambling industry to take advantage of its endorsement from the A-List stars to increase its appeal to potential players. Understandably the big Vegas casinos are keen to publicise the fact that so many top stars visit them, but online gambling sites have also sought to explore the celebrity connection through the creation of games based on them. These usually take the form of famous faces on slot machines and there are several notable and popular examples on the market. Interestingly though, currently these celebrity online slot games are being based around iconic older stars like Elvis and Frank Sinatra. However, what these stars have in common with the new breed of celebrity gambling fans is that they have an established bond with the casinos of Vegas. Both regularly played shows in the city, while Sinatra was also a frequent visitor to the actual casinos themselves. It seems sure to be only a matter of time before we start seeing the current crop of stars who are making Vegas a second home receiving the same tribute in the form of their very own online slot games.

Who are the Celebrity Gamblers now?

While a lot of the stars of the modern era may choose to party in Las Vegas and even become regulars at the restaurants and clubs within its giant casino complexes, this does not necessarily mean that they are actual gamblers. There is little evidence that Mariah Carey or Kim Kardashian are to be found at any of the big Vegas poker rooms or spend their evenings playing its slot machines, but plenty of famous people are passionate about these activities. Ben Affleck has been one of the most successful actors, writers and directors in Hollywood for two decades now, but he is almost as well-known for his love of blackjack and poker. He is not bad at these games either, having enjoyed tournament success at the California State Poker Championship in 2014, where he was the winner. He is sometimes joined at the poker tables of Las Vegas casinos by his friend and frequent co-star Matt Damon, who is known to favour playing Texas Hold’em, while the former Spiderman star Tobey Maguire is another poker lover – and has apparently claimed more than $10 million from playing it professionally alongside his acting career.

Nor is it only US celebrities who like casino gambling, as the British illusionist Derren Brown is another who has displayed enthusiasm for this pastime. Brown became known for frequent visits to top London casinos during his brief period of gambling, but his reason for stopping was certainly not the usual one! Unlike most gamblers who quit because they are losing too much money, Brown apparently found himself barred from the big casinos because he was a bit too good at the games. Those who worked at these establishments, such as Birmingham’s Broadway Plaza Casino, say that they asked him to stop going to them because he never lost. That is certainly a record to be proud of, even if it ended up curtailing his career at the casino.

Celebrities have a long history with gambling that stretches back to the golden age of the 1940s and 1950s, when top stars like Sinatra made Vegas and its opulent casinos virtual second homes. Las Vegas remains a hip party spot for the stars of this era, with the big casino complexes being natural places for them to spend their money, and for everyone who prefers the nightclubs there is another who favours the actual gaming rooms. The gambling industry has exploited these links for both the glamour and publicity they can provide through the years, with slots based on celebrities just being the latest example of this.