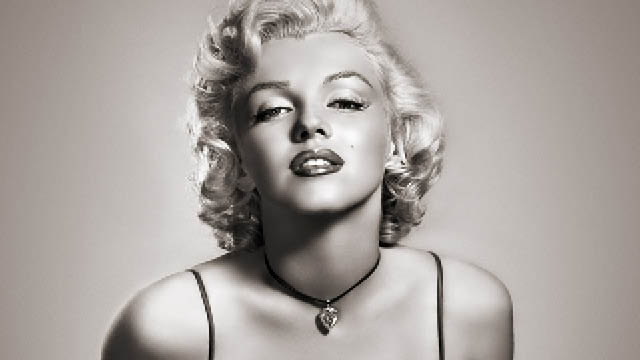 It’s one thing to be in a movie or band with a slot machine named after you. There are absolutely loads of them in Vegas and online. KISS, The Godfather, countless Marvel action movie characters, and many more famous faces have all been further immortalised by having one-armed bandits created in their honour.

Being deemed worthy of a dedicated machine just for a single public figure, that’s something else altogether. It shows a different league of fame, a higher rank of celebrity. Ultimately, it means that you’ve made such an indelible print on society that casino operators think your face will make them money.

Of course, not many attain the dizzying heights of stardom deemed sufficient to warrant personal recognition on the front of a slot machine. Even the likes of Michael Jordan, Justin Bieber, and Taylor Swift have been overlooked in favour of more timeless celebrities. These are people who will be remembered long after their passing. Legends in their respective fields. We’ve compiled a list of the five brightest stars to have likenesses adorn a virtual or real-world slot machine, along with some thoughts and facts about the games and celebrities themselves.

There are of course other famous folks who have had their name licensed to slot games in brick-and-mortar casinos over the years but you might have to travel around a bit to play them. Fortunately, many also have virtual counterparts, making it easy online to enjoy a punt with your favourite celebrity from the comfort of your own home.

The Marilyn Monroe online slot machine from master designers Playtech pays homage to the blonde bombshell herself in all her head-turning glory. Featuring stacked “wild” symbols of that iconic air vent/dress “mishap”, and many other of her most recognisable looks, the machine will certainly excite fans of 1950s film and dazzling good looks alike.

Unfortunately, the famous hip-swinging walk that earned her the nickname “the girl with the horizontal walk” doesn’t make it into the game’s design but there are more than enough famous headshots for fans to ogle. The celebrated model, actress and ‘50s sex symbol has become a pop-culture icon and certainly worthy of her own slot machine.

If there’s anyone who deserves a slot machine in their honour, it’s the undisputed King of Pop music, Michael Jackson. The legendary performer actually has several – some virtual, and some in brick and mortar casinos.

Michael Jackson: Icon is the most impressive of the real-world machines bearing Jacko’s likeness. It’s a prime title featuring a potentially enormous (six-figure) progressive jackpot. Of course, tunes spanning the star’s career are blasted at various points, and Jackson’s dance moves are given centre stage at every opportunity.

In the virtual world, Mike’s career is celebrated in Michael Jackson: King of Pop, a game by Bally Technologies. Featuring the likes of “Beat It”, “Billie Gene”, and “Smooth Criminal”, as well as an impressive 96.01% return-to-player rating, the machine isn’t quite as grandiose as its Vegas counterparts but is still an enjoyable offering. With “moonwalk” and “stacked” wild symbols, along with a “wheel of fortune style” bonus, Wacko Jacko’s online slot machine is perfect for fans of the world’s greatest performer wanting to give their gambling itch a quick scratch from home.

From one king to another. Elvis “The Pelvis” Presley is, of course, deserving of his own slot machine – so deserving in fact that he’s a couple of different titles bearing his likeness. The two we’re looking at are both online, and pay suitable homage to Big E’s music and personality. Elvis: The King Lives is a WMS Gaming title and features an innovative gameboard layout and 80 possible win lines. Whilst the reels spin, fans are treated to the verse riff of “Hound Dog” and some rather hard-to-fathom bonus stages. It might be a little rough round the edges, and not the easiest game around to understand but once you get your head round it, it’s a lot of fun.

The Elvis Presley slot machine uses the 1968 classic “A Little Less Conversation”, “Walk Like an Angel”, “Let Yourself Go” and other memorable tunes as its main themes.  It’s an altogether slicker experience with well-illustrated symbols depicting the King himself. Designed by Caesar’s, this one is our particular favourite of the two mentioned.

Being such a legend, there are several other machines both in Vegas and online that Elvis Presley’s face appears on. He’s just one of those celebrities that really suits the vibe of Sin City.

Of course, the man who originally sang “Viva Las Vegas” would have a slot machine dedicated to him. A man who lived and breathed the city, Frank Sinatra performed in the gambling mecca many times over his lengthy career. In 2001, the city even honoured him with his own day. Then mayor, Oscar Goodman proclaimed December 12th to be Frank Sinatra day, presented his daughter, Nina, with a key to the city, and unveiled a brand-new celebrity slot machine dedicated to Ol’ Blue Eyes himself. A few years later, an online title would also be released for the legendary crooner.

The brick-and-mortar version of the game features snippets of four iconic tracks from Sinatra’s career: “My Way”, “Fly Me to the Moon”, “I’ve Got You Under My Skin”, and “My Kind of Town”. A spokesperson for the game’s design team, IGT, points out that when the machine is in jackpot mode, the full versions of the tracks. “When Frank sings to you, that means something. It means money.”

The game’s later online counterpart uses the famous marching rhythm of “New York, New York” as its soundtrack. Sinatra is designed by PartyGaming, and showcases some of Frank’s most memorable onscreen performances. It uses stunning visuals and modern graphics to do suitable justice to the legend’s career, and the bonus stages are just great. This might just be the best of the online slot machines we’ve featured today.

Horse racing legend Frankie Dettori has also been the subject of online slot designers. This time, the team is Playtech. The game itself is largely based around the Italian jockey’s epic wins at the Royal Ascot meet in 1996. Named Frankie Dettori’s Magic Seven, players are invited to relive that famous afternoon in which a single rider won every single race on the day’s card.

The game offers players a substantial and appropriate jackpot figure, 7,777 coins, a generous 96% return to player rating, and a couple of great bonus rounds to boot. When you think about it, a slot machine based around a horse racing icon makes a lot of sense, being as how integral gambling, and betting are to the sport. It’s a worthy dedicated to a sporting hero, and provides players with almost the same excitement felt in the stands that memorable afternoon in the 1990s.