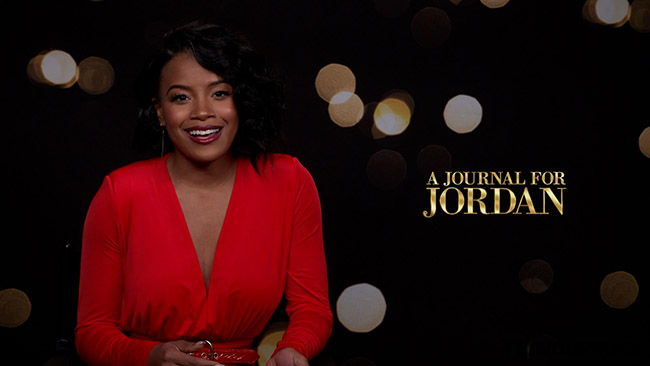 Denzel Washington only steps behind the camera for projects he has a passion for and his latest as director, A Journal For Jordan is just that. Starring Michael B. Jordan and Chanté Adams, Washinton shows once again his prowess behind the camera.

Based on the true story of First Sergeant Charles Monroe King (Jordan), a soldier deployed to Iraq who begins to keep a journal of love and advice for his infant son. Back at home, senior New York Times editor Dana Canedy (Chanté Adams) revisits the story of her unlikely, life-altering relationship with King and his enduring devotion to her and their child. A sweeping account of a once-in-a-lifetime love, the film is a powerful reminder of the importance of family.

Van Connor sat down with Chanté Adams to chat about the significance of the story behind the film and divulged exactly what it was like to work with Washington and her co-star Michael B. Jordan.