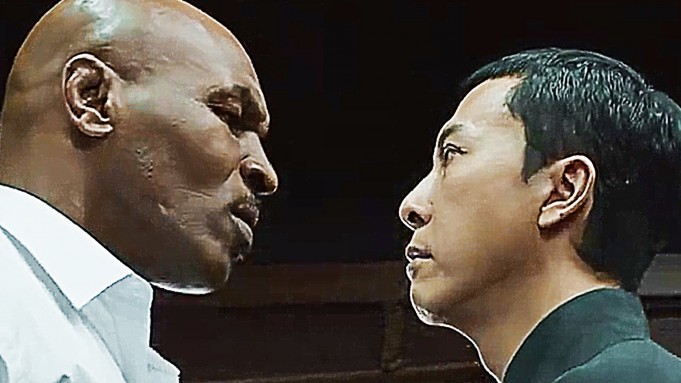 It’s the fight of the century as “Iron” Mike Tyson takes on the ultimate martial arts legend!

Donnie Yen (upcoming Rogue One: A Star Wars Story, Crouching Tiger, Hidden Dragon: The Green Legend, Ip Man, Ip Man 2) ignites the screen in a return to the role that made him an icon – Ip Man, the real-life Wing Chun grandmaster who mentored Bruce Lee.

In this explosive third installment of the blockbuster martial arts series, when a band of brutal gangsters led by a crooked property developer (Mike Tyson) make a play to take over the city, Master Ip is forced to take a stand. Fists will fly as some of the most incredible fight scenes ever filmed play out on the big screen in this soon-to-be genre classic.