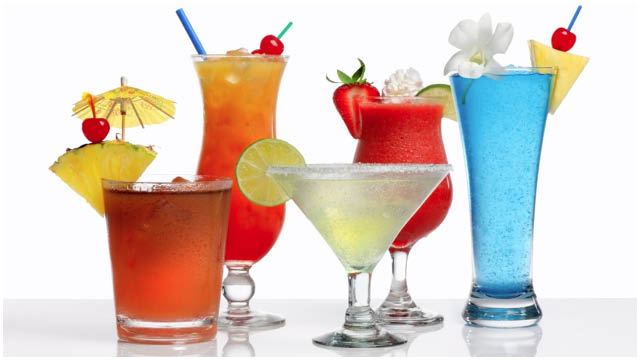 You can’t argue with blue skies, shorts, and flip flops. Yep, the days are getting longer and the thought of days in the park are forming – summer is on its way!

There’s lots of things that can trigger our ‘it’s summer’ brain and I’ve put together a list of things below that remind me of summer, feel free to tweet me with your suggestions too @charliehedges on twitter #charliesayssummer

Songs
Of course being a DJ and a music head it would only be right for me to start with the songs that make me feel like Summer is here. However good or naff you might think certain songs are, they still give you that feeling of “right, it’s legs out, shorts on time” – Will Smith’s ‘Summertime’ for example, it doesn’t matter where I am or how cheesy I think the song is, it does the trick every single time. It’s officially time to hit the park when you hear ‘Summer’ by Calvin Harris or ‘One’ by the Swedish House Mafia and Tinie Tempah, or if you’re really going back though the classics, Faithless’ ‘Insomnia’ still makes me want to be in the middle of an Ibiza club after DJing and partying like it’s my last night on the island!

Ice-cream
It’s a British state of mind that even in the middle of winter when it’s freezing cold, if there’s an ice-cream van, we HAVE to have an ice-cream. Maybe it’s the lure of that raspberry sauce, but what seems a good idea at the time often leaves you freezing your bits off and with half of it down your scarf because the wind has taken it from your gloved hand… We soon then realise we should have waited until the summer to double up on a 99p ice cream with a flake….which is exactly what I plan to do as soon as I possibly can. Every day if I can.

Picnics
Again this doesn’t go down well in the winter but no matter how old you are, there’s something sooooo exciting about going into a supermarket and filling a basket up with food and drinks then going and sitting out in the open for a giant picnic with some friends and family. Kew Gardens is one of my favourite spots for this in London, there’s so many though – Highgate Park, Greenwich Park, Kensington and Richmond Park, all incredibly beautiful. Just mind out for ants stealing your sandwiches.

Cocktails
It only seems right to have a refreshing drink when you’re outdoors in the sun, or on the terrace of a quirky little bar; summer equals cocktails and Pimms for me, cocktails if I had to choose though! If you’re the hosting type and you’re having a garden or house party and you want to impress your mates with a cocktail that you’ve made yourself, here’s an easy (but delicious) one to take away with you for this Summer hope it comes out well –

Instructions
Pour sugar and lime juice into a cocktail shaker and stir until sugar is dissolved. Add the rum and fill shaker with ice; shake well for 10 seconds and strain into a chilled cocktail glass, add a wedge of lime ENJOY.

Suntan Lotion
Everyone secretly agrees with me on this, but the smell of suntan lotion is the ultimate summer smell for me! My favourite? Hawaiian Tropic Shimmer Effect as it’s great protection but it also has shimmery bits in it which sparkles in the sun and also somehow makes you feel less pale than what you actually are. It smells yummy too!

Open air cinema
I went to the rooftop club in Peckham last summer and it literally was one of my fav things I did last year. They showed a mix of cult classic films and new movies on the top of the Bussey Building in Peckham, complete with popcorn, a burger and hotdog stand plus a choice of drinks – it was the perfect night out! You were even given a blanket once the sun had gone down to snuggle under. There’s so many of these outdoor cinemas popping up all over the place too so make sure you look out for them this Summer!

A beach in the middle of Camden
It’s not summer until you’ve visited one… If you love the beach but the funds aren’t there to go away abroad and the rocks of Brighton just aren’t comfy to sit on, well fear not – there’s a man-made beach in the middle of Camden London! Yep, you heard right – it’s at the top of the Camden Roundhouse on the roof terrace. It comes together with deck chairs, food and drink, ping pong and live music. Imagine everything you love about a beach but on your doorstep, I can’t wait to visit again this summer!

Ibiza
It would be insane of me not to mention one of my favourite places in the world to DJ and party – Ibiza! Whether it’s a week of pure partying you’re after, amazing sunsets at Mambos, the daytime craziness of beach parties or nice restaurants and amazing cocktails, Ibiza screams Summer to me. The fact that the season starts in May and officially ends start of October as well just gives us an extra-long summer. It’s just one of those places that brings people together and brings out the beautiful side out in everyone.