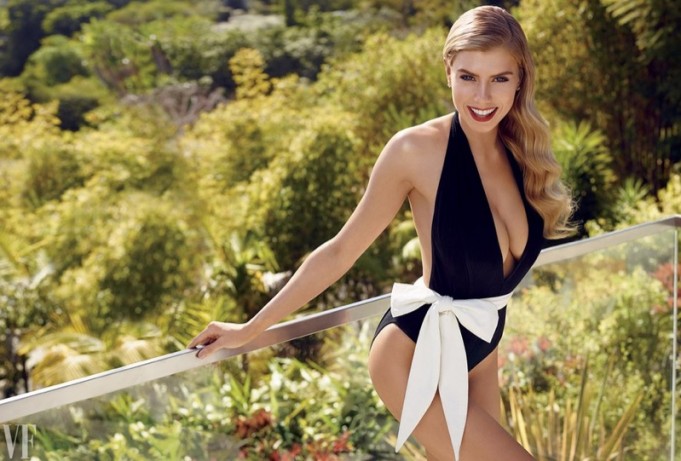 Charlotte McKinney shows off a different look for a feature in . The blonde bombshell looks pin-up glam wearing retro style one-piece swimsuit looks in a shoot photographed by Miguel Reveriego.

After being named as the 76 sexiest women in the world, if this shoot was released earlier, voters may have had to reconsiders there decision. In her interview, it is revealed that Charlotte dropped out of high school at 17 and tried out for modelling agencies. But she was met with rejection. “You’re five seven, you want to model, and you have ginormous boobs” McKinney remembers people telling her. “No one’s going to book you.” It was not until she was cast in a Guess advertisement that her career really took off, and the rest is history.