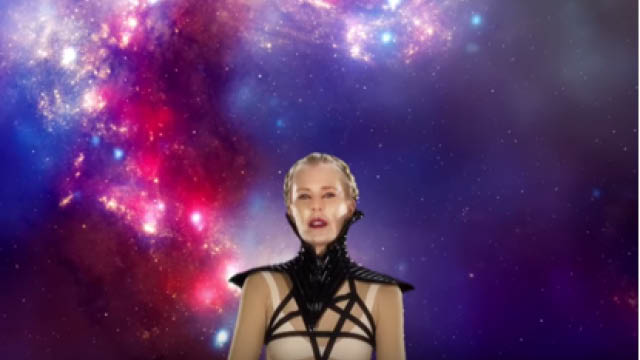 Side FX and Kim Cameron are no strangers to this kind of success, having twice now topped the Top 20 Billboard dance club charts, Hot AC, College music Journal amongst others. Kim Cameron has played to crowds of over 70 000 people at NFL match performances, and has toured extensively across the world, gaining new fans internationally with every release.

‘Falling Stars’ is a futuristic-themed music video, which according to Kim is about love, and the eternal search. ‘I’m a hopeless romantic’, she admits, ‘I can’t help but write about love’.

The first track off their upcoming EP, ‘Falling Stars’ highlights Kim’s soaring vocals, using her soprano range in a pure and controlled falsetto that drifts into the clouds and atmosphere, soaring high amongst the stars to create a dreamlike vocal above the beats.

Already viewed over 130 000 times on YouTube and steadily climbing the electronic charts, ‘Falling Stars’ is a standout track from what is sure to be a huge EP from Side FX and Kim Cameron.

To catch them on tour – head here for tour dates: http://sidefxband.net/tour.aspx