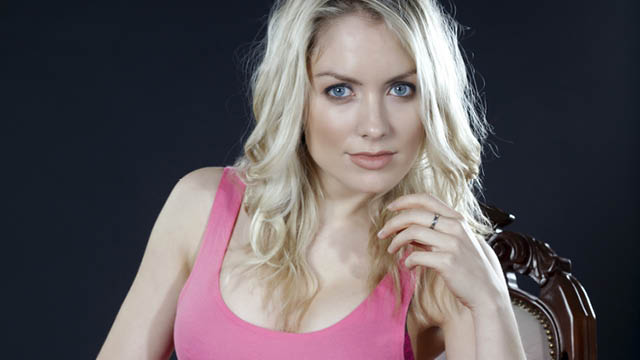 Kat Gellin is set to star in a new gritty British drama called “My Hero”.

The new show is said to give an uncompromising insight into life on an estate in Margate where drug dealing is commonplace and a turf war is brewing. Kat is to play Kim, a young woman whose romantic involvement with a small time drug dealer throws her life into chaos when he is forced to go on the run with a nine-year-old girl.

Kat, who started out as a model has been on the screen playing parts in loved productions we all know like Eastenders, Hollyoaks and Doctors and we are excited to see her take on a major supporting role as well as hitting the festivals this year with her very own film that she’s written and directed. We had the pleasure of catching up with the multi-talented actress to talk a bit about this exciting new chapter in her career. We’re super excited to see you play the part of ‘Kim’ in the new British drama ‘My Hero’, could you tell us a bit about your character?

Kim works in a local nail salon in Margate but has higher hopes and dreams for herself. She’s infatuated with Jake (the main role played by Nathanael Wiseman), a local lad from a council estate. She’s nobody’s fool and knows what he does isn’t exactly legal, and fears that coming from such different backgrounds might tear them apart.

What part of shooting a new production excites you the most?

As an actor, when you get into character and it’s really working with whoever you’re acting opposite, and you know the words are coming off the page beautifully and in unexpected ways. As a producer or director…pre-production is exciting, when you gather everyone for the first time read through – that electricity in the air when everyone’s excited it’s going to happen!

We’ve previously seen you in productions like EastEnders, Hollyoaks and The Inbetweeners movie, does this upcoming movie feel like quite a jump from some of your previous roles?

Certainly, movies are different to TV and my role in the Inbetweeners was smaller – this is the natural step up to a meatier supporting role. I also play the lead in the short film I made this year, so the challenge of bigger roles is one I’m very excited about. What’s been your favourite character to play so far in your career?

Ah, you gotta love them all! But maybe my first role out of drama school holds a special place, Britt the Swedish babysitter who seduced the handsome doctor…it was terrifying as I was only 20 but truly great fun, and I got to do that beautifully lilting accent…

It must have been a long road to get to where you are now, what has been the most useful advice that someone’s given you?

I think one of my producer friends who said ‘don’t wait for someone to hand you everything…go do it yourself’. That’s how many actors end up directing or writing or producing too; unless you have extreme fortune you have to graft, and not expect to be handed things for free!

You’re also a director and writer, has that been a long term aspiration of yours or is it something you got into after you started acting?

It’s one of those things where I’ve kind of always done it without realising. I always wrote, I just never believed anyone would want to actually read it! I took over the direction of my local youth theatre group at 14, and founded my own at 16, directing people much older than me. Film is a very different medium but a natural progression. Working with actors is the same, and telling the story in the best way.

You’ve already directed your own film ‘of her I dream’ that is out in festivals this year, that must be exciting! Could you tell us a bit about it?

It’s nerve-wracking – haha! It’s so much of your soul on a screen for everyone to see. I’m taking it to Cannes where the competition is obviously fierce. It’s the first film I’ve done in my mother tongue, and it’s semi-autobiographical, about a lot of feelings around the topic of losing a relative very close to you (in my case my mum) to cancer. So it couldn’t be more raw, really – but hopefully also something a lot of people can recognise themselves. So many people go through the same. Which do you enjoy the most, directing or acting?

Both for totally different reasons! It’s so nice to just turn up and focus on being the actor, especially if you have great colleagues to work with. But as the director you have to know everything – all that goes on, and I’m not technical so it’s a huge challenge for me. But it’s a fantastic buzz – seeing it all come together and steering a great team.

Well, ‘My Hero’ is out later this year, my other film “Hackney’s Finest’ is out on DVD now, comedy ‘Krish & Lee’ is out in September and obviously my short playing at festivals and Scandinavian TV. After Cannes I’m sitting down to review what to start next film-wise – I know I’m directing a top secret project for a major UK cancer charity, but that’s all I can say for now!