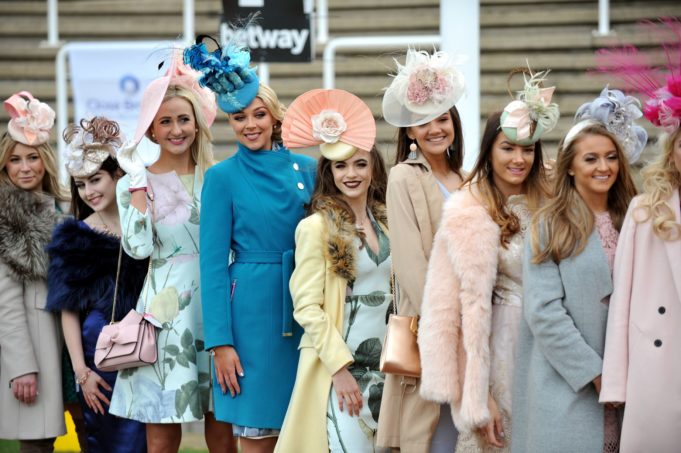 Few events in the sporting calendar can compete with the spectacle of Cheltenham. We preview a festival that will leave the uninitiated hooked and kickstart a storybook tradition that they will come back to annually.

Brace yourself. For there are only a few metaphorical furlongs to go before Cheltenham is on our doorstep. It does not match the glitz and glamour of the Super Bowl or the all-encompassing takeover generated by a World Cup (the kind that sees you revolve your schedule around football for weeks on end) yet Cheltenham is its own beast – both literally and figuratively – and deserves your attention. Few things can compare to the majesty of a champion horse in full flow, a sight made all the more thrilling when you know that its victory could make you a richer person, both in pocket and in spirit.

That’s something that separates Cheltenham from the aforementioned events, horse racing from American football and soccer. The latter two are team sports. Loyalty is a heavy factor in the level of enjoyment one gets from those sports. Horse racing is not so. Sure, you can have affection for the horses, the jockeys, the trainers. But to be as devoted as fans are to their team is very rare indeed. More than $1.3 billion was spent on bets relating to last year’s Cheltenham festival, punters only devoting themselves to the horse that can support them financially. They worship the God that plumps their wallet.

Gambling and horse racing go hand in hand, always have and always will. In Sol Yurick’s classic novel The Warriors, the Coney Island Dominators get spooked on the train by zombified punters studiously looking over figures relating to races, trying to crack the code to winning big. Form and ground are only two small factors to take into account. We live in an age where there’s a lot more statistical information at our disposal relating to betting, a hindrance or a boost depending on your level of focus. Cheltenham horse racing free bets are widely available with tipsters highlighting selections that are too good to be overlooked.

The biggest meeting in the National Hunt racing calendar attracts an audience of millions. Most of them can see the top contenders from a mile off. Usually, it’s reflected in the prices offered by bookies in the build-up to the race but there is some value to be found in the festival. The festivities kick off with the competitive Supreme Novices Hurdle. Elixer De Nutz, a 12/1 option with BetVictor, is a solid each-way bet for tentative punters to test the waters with. Quickly, they will find that Cheltenham festival is less a puddle and more a plunge pool. You don’t reach for the towel after the Supreme Novices Hurdle – you dive further in.

Day one is an explosion of racing, top-quality jockeys and horses taking to the track. This is where Cheltenham differs from the World Cup, a competition that often opens with a mite of an international team kicking off proceedings as Saudi Arabia did against hosts Russia last year. Tests don’t come much bigger for first season chasers than the Arkle Chase. Moscow Flyer, Sprinter Sacre, Douvan and Altior are among the previous winners of the race. This may come down to a battle between the previous course and distance winners Lalor, priced at 11/2 with Betfair, and Voix Du Reve, a 25/1 outsider with Paddy Power.

First-time punters may be over-stimulated at this point. Heck, seasoned Cheltenham watchers will be clawing at their collars by the time the Champion Hurdle comes around, the highlight of day one. There’s a compelling narrative leading into this year’s race with Buveur D’air looking to secure a treble of wins by coming out victorious once again in 2019. Trainer Nicky Henderson has serious pedigree when it comes to the Champions Hurdle. This wouldn’t even be his first treble. He’s already achieved the feat with See You Then way back in the ’80s. He is a formidable opponent for the other contenders who will line up at the starting gate. Yet victory is by no means a foregone conclusion. The ground being soft or heavy could turn things on their head. Laurina, a mare trained by legendary Irish great Willie Mullins, is a strong challenger and is available at odds of 3/1 with William Hill. So much drama to salivate over.

This is Cheltenham and the uninitiated won’t fully understand its appeal until they give in to its call. We’re only scratching the tip of the iceberg, too. There’s an argument that the first day is an appetiser for what is to come. The Gold Cup is as prestigious as it sounds, a glance at some of its previous chasers is like picturing what the Avengers would look like if it was comprised of racehorses. With the way that franchise rolls on and on, expanding like the infinite universe, we wouldn’t be surprised if they eventually stumbled upon that territory. At which point, it would be nice to have a few dollars thrown our way. And you, reading now, would be one of the original nerds who can claim to have been on board since the original comics, like the zombified train-riders in the Warriors scouring the figures. Prepare to be hooked.