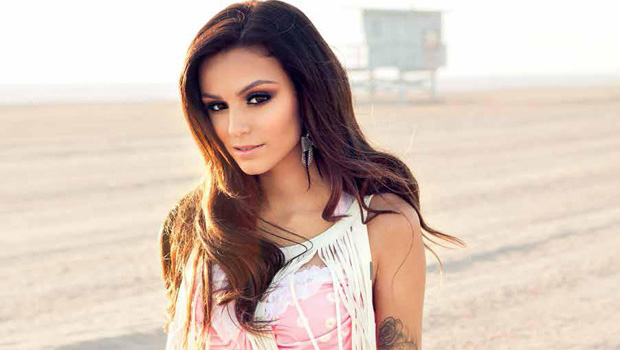 Cher Lloyd looks very grown up as she shows off her tattoos for the cover of US culture, style and art magazine Inked .

In it Cher talks tattoos. She estimates she has around 20 and started her collection on her hand at the age of 16.

“I was probably the first person in my year to get one. At the time the tattoo artist said to me that people wouldn’t employ me because I had a tattoo on my hand, but I still did it, because I had this crazy thought in my head that I wasn’t going to do anything but be a performer anyway.”

Other tattoos are the birdcage on her left arm and a bird on her right arm, which she got to commemorate her uncle’s passing.

“I remember growing up my uncle always had birds, and I thought that it would be interesting to do something different other than getting his name tattooed on me. I thought there was something special about leaving the cage door open and having the bird fly out the other side.”

But Cher is keen to ensure young fans don’t rush into emulating her:

“It’s up to an individual to choose when they want to get a tattoo – and if you’re under the age – you should discuss it with your parents like I did.”

And she has this to say about upcoming second album which she is currently recording:

“I feel like I’m taking a risk this time around, stepping away from the previous sound. I think it will be a bit of shocked for some people!”