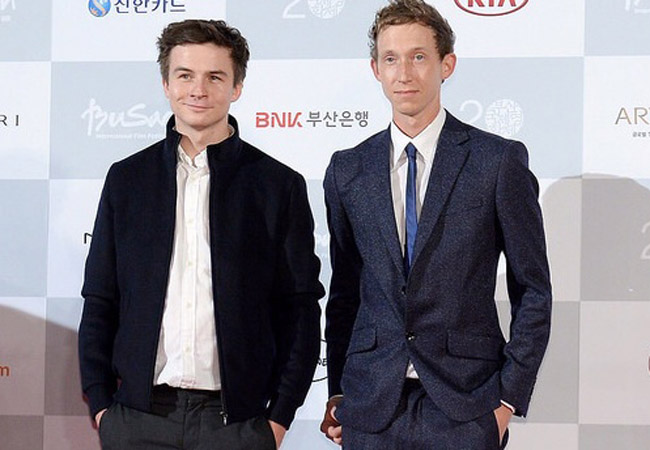 Some of the best independent films come straight out of nowhere, making you sit up and take notice and make you realise there is more to film than the big blockbusters we see every week. That’s exactly what the beautifully gut wrenching CHICKEN has done.

The film has already caused a buzz within the film festivals and has some major supporters, such as Sir Ian McKellen and Noel Clarke giving it their full support. This is a pretty big deal and especially so for a Director and Lead who class this film as their first full length feature film.

We took some time out last week, on a glorious day on the rooftop of The Hospital Club in central London to talk to Director Joe Stephenson and Lead Scott Chambers and this glorious little film.

Chicken was actually adapted from the stage play, in which you played the role of Richard as well. How do the two versions differ?

SC: This is a different Richard in the film just because purely I was older. As an actor, I had developed. I had never seen this voice being lead in a film. Normally it would be Annabel that would lead it, she would meet me and I would be the side character. So it was a voice we wanted to be careful with.

JS: There were lots of things in rehearsal for the play you would talk about different things, every little character that exists, all matters. So if we suddenly expand the world and we can tell more, you have more to play with, more to talk about and more to do. There was a big change that was in the play but we can’t tell you what. Certain scenes matter more to me than it did to the playwright. There’s a slight shift in priorities. We stayed faithful to the general theme of the play. Because you had already played Richard on the stage, was it an easy decision to take in the role again in the film?

SC: Instantly I wanted it to be on a bigger scale so more people could see it. I felt like the story really needed to be seen, It has a voice that hasn’t really been told in a film. When I did the play it was so short, it was only on for a week. You want people to see your work obviously. Joe came 3 times that week and I thought what was going on. Then a little while later he told me it would make a good drama. I was like OH MY GOD YES! So I was on it.

JS: I had been ‘backseat’ involved anyway just by the conversations we had when he would come back (Scott had been sleeping on Joe’s sofa while he was in the play) and things. So I felt like there was never going to be anyone else playing Richard. It’s very much like two friends making a film together. I had evidence he was good enough for it. On top of that, there is a monologue he did which is amazing, which you should look. Just search for Scott Chambers Monologue, it comes up pretty quickly. So yeah I had evidence he would work well on screen. With theatre, your tastes have to be subtle anyway.

SC: Yeah my taste is not to project. I don’t like any of that. I hate it when they are screaming at me. I just don’t believe it. That’s why I like films much more; I believe what they are saying as its much more natural.

JS: Apart from the things we changed the performance was almost ready for screen anyway. Our involvement, our dialogue as friends we could be honest with each other. I could be really forward with it, tell him if it was crap which I might not have been able to with the others.

How did you go about developing the character of Richard?

SC: We looked into Williams Syndrome, watching documentaries. Very quickly, you’ll find very quickly when your start looking into this that everyone is on a spectrum and it just depends on where you are. When you have one disability doesn’t mean it’s just that.

JS: It was a case of going, you can easily look up symptoms of something or certain disabilities someone might have or mental difficulties. It will say people will behave in a certain type of way. So a lot of actors will look that up. It’s basically a checklist of behaviours and things they should be doing. We didn’t really want to do that, we decided quite early on it was getting quite technical. Richard doesn’t know he has anything wrong with him, once you know something about his character you know he has been neglected a lot and some of the stuff that goes on isn’t even related to the disability he does have. Might be related to the fact he was shook as a baby or maybe he didn’t get the right nutrition.

SC: When you find out that twist at the end that’s going to have a massive effect on him.

JS: It was never one thing and we didn’t want it to be technical. Once we looked at all these things we decided to forget that and just apply his reactions. I got Scott a book on child development and that was a big thing. His stunted development is very child like. Not going to school, not being around kids of his own age has a massive effect on your development. We could have fun with it, with his arms flailing as he runs or we could be serious with it like he doesn’t know how to behave with people, doesn’t know if he is telling a story.

SC: Preparing for it I had a playlist like lots of Wizard of Oz music, colouring books. Morgan and I did a character biography. It’s only 20 pages from birth but they would be from that characters perspective.

Watching you completely break down when Polly leaves was gut wrenching, how do you even prepare for a scene like that? Where does that emotion come from?

SC: I was really lucky, Morgan is just so good. Richards’s character just wants one thing in life; normally it would be a bit more complicated. He just wants a family, love. So when this one person who is just meant to care for him; When he has seen on TV that your brother is meant to care for you but he is going to leave you he will have no one. He sees it if he goes I’m on my own, she won’t help because she isn’t blood. A lot of it comes from insecurities from yourself. Like when I was bullied at school, I was bringing all that into it.

JS: Richard does see it like it is all his fault.

What was the most difficult thing about shooting outside?

The biggest thing was just sunlight; it goes in behind a cloud. The worst scene was at the end of the walk with Yasmin. We had to keep reshooting and it still isn’t right. It’s even worse with the trees, the sun spots down and on camera, it’s more noticeable. You watch Breaking Bad it happens all the time but you don’t notice as the story is so engrossing. But because you’re under trees it creates this atmosphere because you have this light spots all already as its coming through the trees. The sun kept coming bloody in and out. In some of the shots, you have these dots of sunlight and then suddenly you’re in the shade. So it’s not even the same light. That was just horrible. Did Fiona the Chicken need much training? She seems like she could be a bit of a diva!

SC: It was so weird, I turned up to set and they were like we are going to use Chickens that are used to being held. I was like there is no Chicken that is going to be held. They were actually fine. I actually swear. I had one called Shy and one called confident which I named. I thought they were brilliant.

JS: There were some moments where they were so annoying and you just want them to get back in shot especially when I had composed the shot and I really just wanted her to be in the foreground or something. In some shots, we could have just someone stood in the way so she couldn’t actually get past. The bit at the end of the trailer where she does just walk off and jumps up…We needed to get a couple of things out of that scene like you’re talking about Annabel still and then you get inside the caravan. Her attitude was good.

SC: It worked. I remember when I was in it I thought ah I’ve just ruined this. I thought they were going to say let’s go again. But they were laughing. But when you’re doing it you don’t see it as funny at all. I could see her eyes and I just knew what she was going to do.

What plans for your future are in place?

JS: My next film is a documentary, which is in production at the minute. That should be ready in a couple of months I think. Then after that, my next fiction is about the early life of Noel Coward which has been a bit delayed because of money, but it’s lining up nicely. We’ve got a great cast.

SC: I’ll be working with Joe again soon, which I am really excited about. Then I have a film called Hippopotamus coming out which is based on a novel by Stephen Fry. Tonight I leave for a film called Hush it’s a horror film based on a novel, it has Florence Pugh in it and Celia Imrie, which will be really fun. My imagination is going to have to get big.

Chicken is out in cinemas May 20.