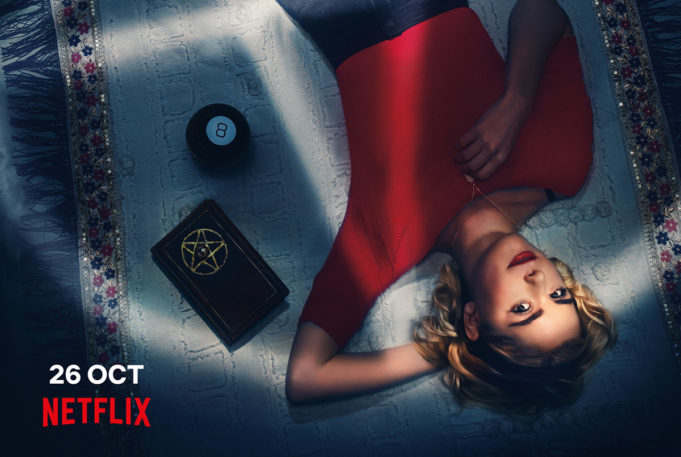 Half witch. Half mortal. On her 16th birthday, Sabrina has to make a choice between the witch world of her family and the human world of her friends. With her aunties, her cat Salem, and her boyfriend Harvey Kinkle, Sabrina will face horrors and new adventures in the mysterious town of Greendale.

Tonally in the vein of Rosemary’s Baby and The Exorcist, this adaptation finds Sabrina wrestling to reconcile her dual nature – while standing against the evil forces that threaten her, her family and the daylight world humans inhabit.