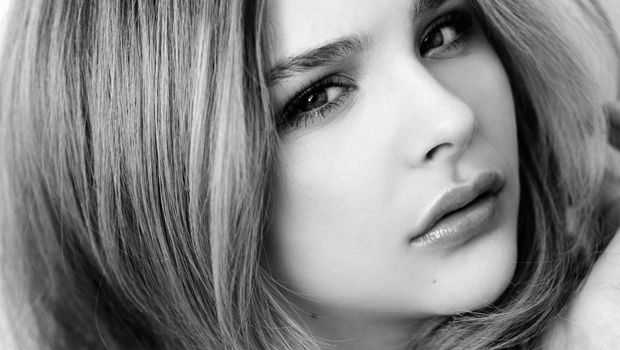 At the tender young age of just 16, up and coming actress Chloe Grace Moretz, is certainly making a name for herself in and around Hollywood.  Anyone thinking Moretz is a new face on the big screen couldn’t be any more wrong. In fact not only has she appeared in a total number of 24 full length feature films, including the up-coming horror remake Carrie, but she has also starred in American TV series such as 30 Rock, Dirty Sexy Money, Desperate Housewives, provided voice-over’s for video games and actually started out her career as a young model, no one can say this girl doesn’t work hard.

Born in Atlanta, Georgia, USA in 1997, Chloe is the youngest of four older brothers, one of which is producer Trevor ‘Duke’ Moretz, who actually also acts as her acting coach and accompanies her around the film sets. Moving to New York in 2002 with her Mother and Brother was the start of her love for acting, her acting career started when she was just 7 years old when she landed her first acting role in an American TV series called The Guardian, but it wasn’t until she starred in the remake of The Amityville Horror did her career really start to blossom. Her portrayal of Chelsea Lutz earned Chloe her first award nomination for a Young Artist Award in America; from there her career went from strength to strength earning her big roles in films such as Kick-Ass, Diary of a Wimpy Kid, Hugo and Dark Shadows starring alongside none other than Johnny Depp, she certainly knows how to pick her roles.  Chloe’s hard work and dedication has paid off so far, gaining her 23 various award nominations and actually bagging herself 11 of those awards including the Empire Award for best newcomer (Kick-Ass & Let Me In) and the People’s Choice Award Favourite Movie Star under 25 (Hugo) within the last couple of years.

Then we come to her personal life, nothing stands out to say she is a bit of a teenage diva, far from it, she’s just a normal teenager with normal interest’s who likes to keep her professional and private life separate and has previously stated ”I don’t let them visit me filming and I don’t bring them to premieres. It’s a different head zone – when I’m on set, I’m working. When I’m just with my friends, I can just hang out, do normal stuff and generally be a complete idiot. It’s the same with everyone”. She loves Video games, skiing and has a varied taste in music but is a self-confused huge fan of Rhianna and the Kardashian’s.

With a rumoured 7 films in production to be released over the course of the next couple of years, including Kick-Ass 2, it’s safe to say Chloe is planning on staying around on the big screen for quite some time.  Her trade mark for playing dark, mysterious characters has certainly been a big hit so far and this very talented actress; we’ll be watching and expecting big things from Miss Chloe Moretz for many years to come.