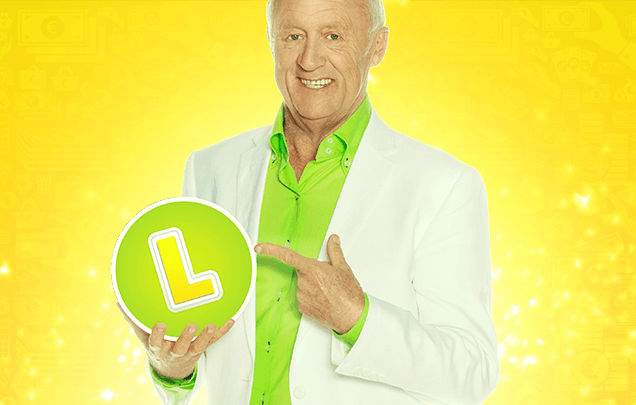 Quiz-show legend Chris Tarrant – who recently suffered a stroke – is throwing some heavy punches at a British institution: The National Lottery. The former Who Wants to Be a Millionaire? host has come back fighting as the face of an online lottery.

On their website, the celebrity 67-year-old can be seen sporting a white and screaming green suit, offering players double the jackpot amount of the National Lottery.

In an interview, Tarrant stressed the fact that – unlike quiz shows – you don’t have to be smart to win on the lottery. “The thing about buying a lotto ticket is that it doesn’t matter if you’re the most intelligent or fastest”. “..Your lucky numbers could make you a lottery millionaire,” he said.

It was only earlier this year that Tarrant suffered a stroke mid-air on a flight from Bangkok to Heathrow. He described the experience as the most terrifying moment of his life. On the plane, he battled the stroke for 11 hours, desperately trying to reach his girlfriend on the phone to say he loved her. He has not yet been able to fully regain his movement or speech.

Chris Tarrant rose to fame in the 70s’ as the co-host of the zany children’s TV show Tiswas. He later went on to work a short stint for the TV show O.T.T before moving on to become a presenter at Capital Radio.

Tarrant began hosting the quiz show Who Wants to Be a Millionaire? in 1998. The show became an instant success. It offered a top prize of one million pound and contestants competed by answering multiple-choice questions. Tarrant was the host of the show for the entirety of its run – between 1998 and February 2014.

After suffering his mini-stroke, Tarrant has since undergone surgery where doctors removed a blood clot in his leg. He is currently in a relationship with his long-term girlfriend Jane Bird, 51, and has previously been married twice.