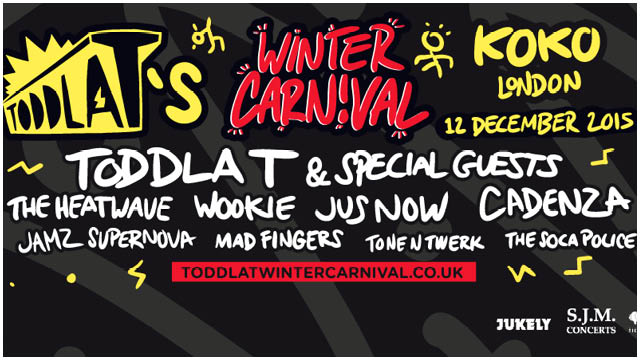 With less than a month before the jovial festivities of Christmas, the jolly holidays have reared their ugly heads.

Tears have fallen due to lonesome men in adverts and bank accounts have taken a bruising whilst we lie in wait for a joyous Christmas time… but tinsel doesn’t have to cement this season, no, there’s a lot more to it than metres of wrapping paper and tins of chocolates.
I’d consider myself quite jubilant all year round, so for me December is a time where I like to get slightly Victor Meldrew on society with a “I don’t believe it,” attitude, and this my friend is where I become the saviour to those of you seeking a safe haven away from the corny jingles, old man jumpers and “Do you want to build a snowman?” style statuses. Here are my definitive alternative Christmas events taking place around London.
1. South Pole Saloon, Brixton, SW9 8JH 8JH
Experience nightly performances from a host of Christmas misfits, South Pole Saloon welcomes you to the ultimate in drinking, dining and immersive theatre. With special guest and resident club DJ’s in attendance, Brooklyn Brewery ales & Christmas themed cocktails, Brixton is set for nights of gluttony and debauchery. Fill your boots or belly rather so with delights from London’s biggest street food traders; there’ll be burgers from Dip and Flip, buttermilk fried chicken from Butchies, Sri Lankan from Papi’s Pickles and wood fired pizza from Crust Conductor. Meet crooning Rebel elves and watch the alluring Candy Cane girls as they sashay around the saloon and get you praying it could be Christmas everyday.
Open now until 23rd December, entry free or Q jump tickets £3: www.southpolesaloon.com
2. A Supa Dupa Brunch party at The Apartment x The Hoxton Holborn, WC1V 7BD
Brunches are all the rage these days it seems and DJ Emily Rawson has devised one with a splash of colour, a hint of the old skool and some supa dupa vibes for both gals and guys. Music will stir your nostalgic senses with nineties Hip Hop, noughties R’n’B, Garage, Soul and Motown, as well as a little help from her DJ friends. Now let’s talk about food baby as SDF present guests with smoked salmon, avocado on sourdough, granola compotes and cupcakes. The Rock the Belles curator brings in more alternative elements with manicures and film screenings on offer. Welcome to the grown up house of fun!
Sunday 6th December, tickets from £10: www.supadupaflylove.com
3. Toddla T’s Winter Carnival at Koko, Camden, NW1 7JE

Now I admit that I do dabble in the frosty feeling of a winter wonderland but I definitely prefer the sweet heat of a summer carnival, so it is with jubilation that Sheffield and 1xtra DJ presenter Toddla T bring Carnival colours and caribbean vibes to Camden this December. The line- up already features dancehall export Stylo G, Reggae from Cadenza, Bashment and Soca from The Heatwave and uk garage from the supreme Wookie, just to name a few.

Toddla T is known for his surprise acts, with him bringing Jamaican Dancehall legend Sean Paul aboard at this year’s Notting Hill Carnival. Signal the Sleigh, yes we signal the sleigh!

It was at Bestival this summer that I experienced some camp cabaret from queen compere Scottee. His witty smut, naff catch phrases and random sing songs left me bizarrely bemused and he’s lycra clad attire made audiences feel touched for the very first time. When the thought of spending more than 8 hours with your family this Christmas, surrounded by lack lustre presents threatens to scorn you, just think Camp and let it all go… I despise that I’ve allowed a second Frozen reference into this. The shame.

If you weren’t convinced already, this is supposedly one for mum’s, gays and snowball drinkers but seeing as I’m not one to pigeon hole, or I just don’t come under any of those, I’d say this is a light hearted occasion for those who enjoy sing songs, 00’s pop and enjoy a good old knees up.

Let’s face it, November and December are unsurprisingly the only time you’ll ponder ice skating, and poise and grace can save face at Somerset House’s annual club nights of ice skating. Indulge in Champagne and cocktails, fondue and blini’s whilst listening to some of the music scenes most hyped DJ’s from Snowbombing, Dalston Superstore & Hed Kandi. Get that apres-skate feel at one of London’s most popular ice rink destinations, just remember to dress up warm and not to go with the hard of balancing.