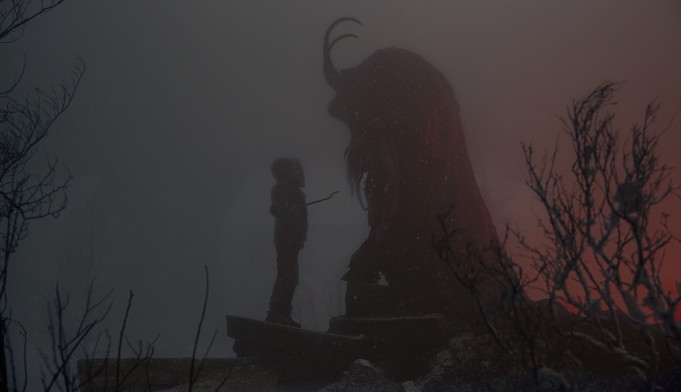 With Christmas virtually just around the corner comes with it a whole host of Christmases film releases, but oh boy you won’t be expecting this little number.

Maybe we are being a little bar humbug but seeing the trailer for Krampus has made us slightly optimistic that we are aren’t going to be bombarded with your normal sickly sweet Christmas films for once.

Krampus, a darkly festive tale of a yuletide ghoul, reveals an irreverently twisted side to the holiday.
When his dysfunctional family clashes over the holidays, young Max (Emjay Anthony) is disillusioned and turns his back on Christmas. Little does he know, this lack of festive spirit has unleashed the wrath of Krampus: a demonic force of ancient evil intent on punishing non-believers.
All hell breaks loose as beloved holiday icons take on a monstrous life of their own, laying siege to the fractured family’s home and forcing them to fight for each other if they hope to survive.

Written and directed by Michael Dougherty (Trick ’r Treat), Krampus is co-written by Zach Shields and Todd Casey and produced by Legendary’s Thomas Tull and Jon Jashni, Alex Garcia and Dougherty. The film will be released by Universal Pictures.