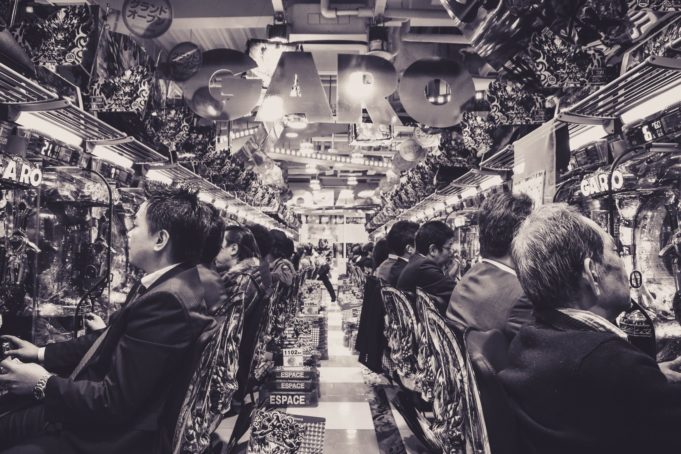 Here in the UK, gambling principally revolves around lotteries and sports betting, and while it’s certainly a popular pastime across the country, the way we bet has become increasingly isolated.

Although casinos and major horseracing events such as the Grand National and Royal Ascot successfully bring people together, betting in the UK is usually a solitary pursuit, thanks to the growth of online betting.

However, there are many countries where more inclusive forms of gambling are running the tables. Perhaps it’s time for British gamblers to embrace these types of games, which shift the focus away from betting and towards bringing players together.

The Spanish Christmas Lottery—often referred to as “El Gordo”, which translates to “the fat one”—has been an annual festive tradition since 1812. The total prize money for the 2018 draw was around £2.13 billion, by far the biggest total of any global lottery, and it’s estimated that around three-quarters of Spain’s 46 million population buy tickets.

What sets El Gordo apart is its communal focus, and it’s arguably rare to see a lottery send people into such a frenzy. Each year, families spend hours queuing to buy tickets—often weeks in advance—and on 22nd December, the streets are silent as families and friends gather around their televisions to watch the results.  In fact, it’s fairly common for whole villages or towns to share prizes between them. Famously, every inhabitant in the village of Sodeto in Northern Spain (bar one unlucky household) shared the £748 million first prize jackpot in 2011, with homes in the village purchasing tickets together as part of its homemakers’ association.

It’s been a long time since millions of families across the UK sat down together to watch the National Lottery. Brits could take a leaf out of Spain’s book and embrace the communal approach by playing the lottery as part of a syndicate, which is where people pool their money together to buy tickets as a collective. Short of the National Lottery establishing their own “fat one”, this may be one of the easiest ways the game could bring players together.

Although gambling is technically outlawed there, the people of Japan get around this by playing pachinko, a vertical pinball-like game. The aim is to shoot small silver balls from the top of the machine into several scoring pockets, which then enable them to win more balls. Each is worth a certain amount of points, which can be used to redeem prizes. Unlike casinos, where players receive their winnings directly, pachinko is legal, as players only receive their winnings in non-monetary form. These range from small prizes like chocolate bars and cigarette lighters, to more desirable items such as electronics and bicycles. However, as many establishments outside of the parlour buy these prizes back from winners, players can technically get money from the game.

There are around 10,000 pachinko parlours in Japan, and people spend over £150 billion a year on the machines. To put that in context, that’s 30 times the annual gambling revenue of Las Vegas. In fact, nearly half of all leisure time in Japan is spent playing pachinko, with one in 11 Japanese people playing every week. As an exceedingly popular recreational activity, it’s a hobby that has become a fundamental Japanese social phenomenon. Trolleys filled with food and drink are often pushed around the parlours, while some even have restaurants on the premises. These encourage people to eat and drink with each other and stay there for longer.

In Australia, the lucky inhabitants of Victoria get an extra-national holiday every year, instituted with the sole aim of bringing people together. The reason? The Melbourne Cup. The annual horseracing extravaganza has been going since 1860 and takes place on the first Tuesday in November. While only a legal holiday in the state where the race is held, many offices and schools around the country will gather to place bets and watch it. Indeed, Australians typically spend almost £300 million on the so-called “race that stops a nation” each year.

As with El Gordo, it’s common for people to communally bet on the race, and many offices stop work before the 3pm race to participate in office sweepstakes, champagne, and lunch. Even people who don’t usually bet get into the spirit of the day by joining in and putting a few dollars on a random horse. In areas across Australia, restaurants are filled with friends and family, jumping at the chance to celebrate the culture of the nation.