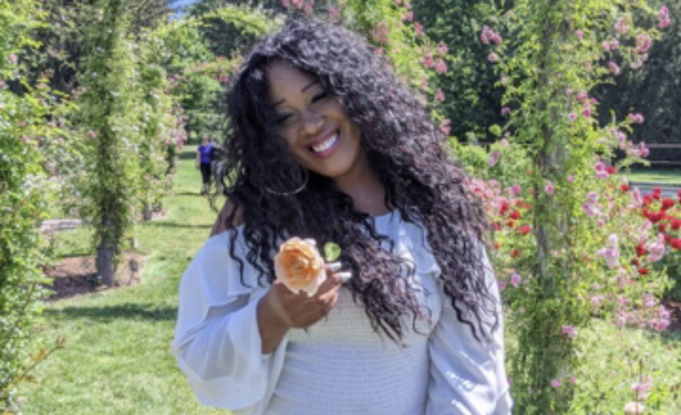 New York born Chyna Nicole releases a blissfully serene video for her debut single ‘Butterflies’. Wanting to capture the butterfly feeling of a new love, ‘Butterflies’ is romantic and beautiful, and Chyna Nicole shines throughout this music video.

Chyna Nicole transports you to a paradise that you will never want to leave in ‘Butterflies’ and we love it! Nicole’s unfussy yet totally relatable lyrics glide across the perfectly matched music – and her vocal soars as well, as she portrays the feelings couples have for each other. Nicole said of Butterflies: ‘Butterflies are such beautiful creatures. They’re a sign of spring after a cold winter: colourful, vibrant and free. That’s the feeling I get when I’m around that special someone; colourfully loving and free.” Lyrics by Chyna Nicole, composed by Terry Vibes, ‘Butterflies’ is an exciting and collaborative debut release from this Connecticut raised artist. ‘Butterflies’ also features the backing vocals from Carol Dexter and drums from George Miller, with additional mixing and engineering from Gary Sutherland (Rita Marley) and Rohan Dwyer. The video was directed by Bruce Cullen, and sent off for Grammy consideration.

Musical and creative since she was a child, Chyna Nicole has worked in TV and Radio for some years. Working for production companies such as Showtime Networks, WNET, VP Records, and Westwood One Radio, she relocated to Kingston, Jamaica to record an album with her father and local producer Carl Williams in 2000. Whilst the album did not materialise, Chyna Nicole took this move as an opportunity to branch into radio with her charismatic personality that led her to be one of the most popular DJ’s in a short time span.

As well as pursuing her musical goals, Chyna Nicole is also passionate about education and has set herself the mission to rebuild the community with resources for the education of children.