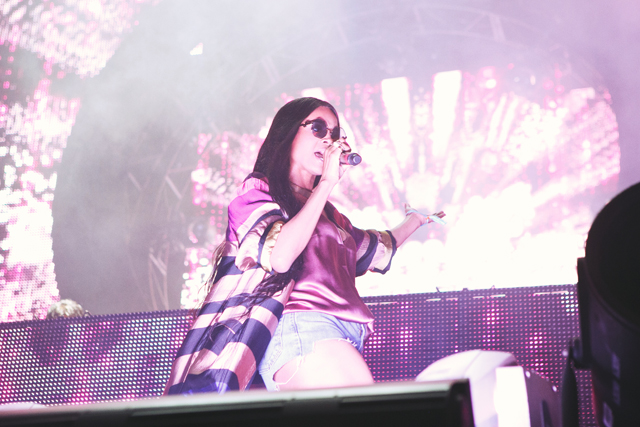 Grammy winner Ciara made a surprise appearance with a performance during the set of international DJ & Record Producer, R3Hab at the Coachella Music Festival on Friday night. Ciara performed two songs in front of a crowd of over 25,000 in the Sahara Tent as the festival kicked off Weekend 2.

The live performance included the new R3Hab remix version of her hit single, “I BET” from Ciara’s “Jackie” deluxe edition – available for instant gratification with pre-order on iTunes. Preorder – http://smarturl.it/CiaraJackie

Ciara also performed a new song that she and R3hab recently recorded, “Get UP!” (unreleased).

Ciara is set to release her 6th album, Jackie on May 4 on Epic/Sony Music Entertainment. The first leg of her U.S. Tour begins May 3 and continues to May 31.