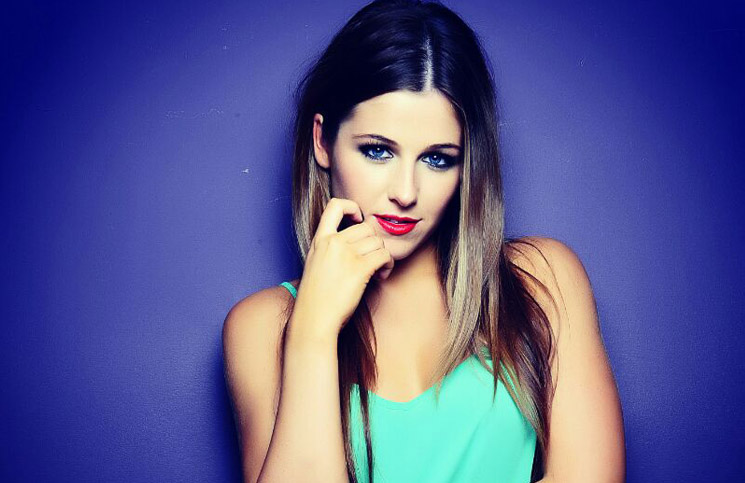 Hi Ciara, how are you?
Im very well thank you Joe.

When did your love for football start?
I think from a very young age. I was always playing football with my brother Conor in the garden or in the house breaking things. I used to always watch him play and train and then when I was about 13 I decided to go and trial out for a local team. I really enjoyed it then but id say I started to really love football when I joined Millwall 2 years ago.

What is it that you love about football?
I love everything about football, match day, training, the team, the atmosphere, I love that you can always improve your game and that you’re always learning, most definitely the feeling when you win. Sometimes when you’ve been working on something all week, it finally works and you win the buzz you then get from winning is the best feeling ever, I can’t explain it, but that feeling will never get old. We hear you have been a professional footballer for a while now, previously a Charlton Athletic Winger and now Centre Midfield for Millwall. How did you manage to get signed in such a popular demanding profession?
Its probably a different story to most but I played for a small team in swanscombe. It wasnt a big league but we won every game, double figures, then when I was 14 maybe 15 I was doing work experience down at the David Beckham academy and a gentleman called Keith Bonas suggested for me to come down to charlton and trial at the academy. I went down and had some trials which were successful. I played one game for the under 16s and as soon as I was 16 I played for the first team scoring on my debut for Charlton against Millwall surprisingly. I played for the academy throughout my first year. Winning player of the year in my first season.

Can you remember when you first heard you would be joining Millwall?
Well, I went on loan from Charlton to Millwall which was originally only meant to be for a few months but I was so at home there, I loved everything about Millwall I never looked back. I think both managers came to an agreement and im so happy how everything has ended up.

What advice would you give to other young females interested in a female football career?
My first piece of advice would be to maintain a good positive attitude for the rest of your career and to remain confident but not over confident. Keep fit and put 100 percent effort into everything.

How do you feel regarding the constant negative attitude towards female football?
I think that until people have came along to a game or watched something on TV their comments mean nothing. If women’s football had more fans then the clubs would benefit by having a bigger income which would mean better training, even full time training, better facilities which would produce better football to watch. I agree with some comments such as the pace of the game is a bit slower however
Technically we’re just as good or better than some male pro footballers. Are you dissappointed that still, in 2014, not everyone is willing to accept the exceptional talent that females have to offer to this game? What are your thoughts on “football is a mans game” and “woman should not/can’t play”?
I recently done a interview with BBC Radio regarding feminisim which we discussed all of this, its something I feel very strongly about.
I really do think its improving, we are getting alot more fans, we’re being televised, some teams are training full time so the game is changing. However some people still have that view and it is dissapointing but if they came down on a sunday and watched a WSL team play, im sure we would without a doubt change their mind.

Which young rising footballers, male or female, are impressing you at the moment?
Down at Millwall we have a rising footballer, Ella Rutherford. She is actually away with England under 15s today and she scored ( well done Ella). She has been training with us since she was 13, which is unheard of really and she fits right in. You wouldn’t know she was a kid, I think shes even taller than me haha.

Who is your all time favourite footballer? What impresses you about them?
It’s a hard question. I used to, well still am completely in love with Cristiano Ronaldo. I think he is so talented, his pace, his skills, his whole game and obviously his good looks and body haha. But my all time favourite…ok lets just stick with Ronaldo but Yaya Toure is my favourite player at the moment. Can you give us a Millwall Lioness exclusive?
Ermmm….Im not sure there is anything, we’re playing at The Den this season, I guess that’s pretty exclusive.

You have recently shot The Sun Newspaper World Cup 2014 advert which airs officially this Friday (30th June 2014). How did this come about?
Im with an agency sports on screen and they literally got a text saying the sun have picked your portfolio to shoot the world cup advert with them next month. It was great news.

How was the shoot? Any on set/behind the scenes exclusives you can give us?
It was wicked, I loved it. It was my first shoot with them and it was a long two days, leaving at 5.30am and getting home at 11pm but I really enjoyed myself. Exclusives…haha…we erm had a ice cream van as a prop but managed to wangle free ice creams all day…haha. I actually saw Joe hart filming his new doritios advert. He was on the set next door. I was more star struck about seeing the mexicans though haha.

Did it really happen all in one take?
Yes of course one take! We were only there for about 30 hours!

You are not, what some may say, the typical female footballer. You enjoy fashion, style and make up while off the pitch. Would you say your a tom boy or a girls girls?
I would say im somewhere in between haha. I’m a girls girls and i do all the girly bits, eye brows done, nails did, but I do love all the banter I have with boys and how personal it gets haha…I can take all that.

How important is fashion and beauty to you?
I think I play it safe with fashion with some wedges jeans and a nice top. Although if im feeling adventurous, I will go to urban outfitters and get a few fashionable bits. I do like to have the in look but im not fussed about being different. I love having a tan, is that classed as beauty? I’m not sure I’ve been my natural Irish white self since I was about 13 haha.

What tips can you give other females when combining sport and beauty?
Dont wear fake tan that can get streaky when wet. When I was at charlton we was at a game and one of the girls tan was literally dripping off of her. Haha she’s with me now at Millwall.

What is next for Ciara Sherwood?
Im hoping to play in the WSL after the midseason break and we will see what happens from there.
I’ve captained the development squad since september and we should finish 2nd, just behind Arsenal which is amazing.

Finally, can you give us a Flavourmag Ciara Sherwood exclusive?
I once had a kick about with Ian Wright, Rudd Gulliy and Tony Cottee. I also did a live interview with sky sports news at the start of the season, that was pretty surreal.

What are your thoughts on female football? As always please leave your comments below.  Make sure you keep up to date with @CiaraSherwood and @Flavourmag on twitter.