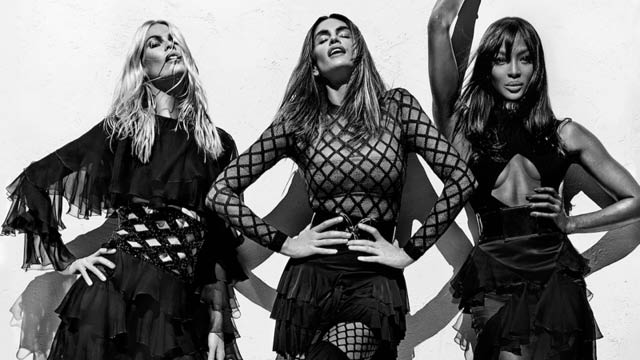 Step aside Kendall and Gigi; Cindy Crawford, Naomi Campbell, and Claudia Schiffer reunite to prove THEY are the ultimate supermodels – even today.

In the portraits, the women can be seen wearing the new season’s body con silhouettes with touches of ruffles, cross-cross detailing and crystal embellishments. Balmain’s spring advertisements was made with creative direction by Pascal Dangin of KiDS Creative. About the campaign, Rousteing said in an official statement, “Watching Cindy, Claudia, Naomi and Steven instinctively work together, I was struck by the displays of confidence, professionalism and grace in front of me. There was never any doubt that the final images would be anything but perfect.”