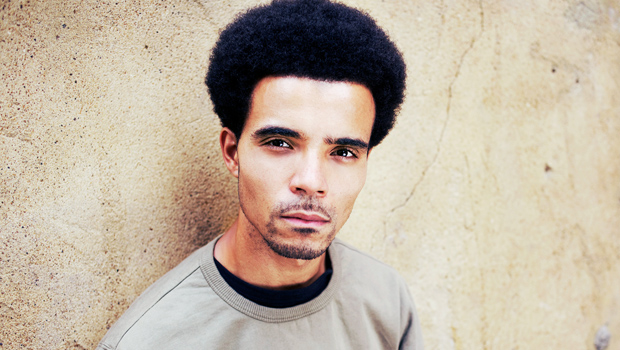 Each musical live performance will include a collaboration with a visual artist: George the Poet will stage a performance on the Turbine Bridge alongside Rihanna commissioned urban artist, illustrator and graphic designer Funny Tummy, (http://www.funnytummyart.com/home/). Sway will present a joint performance with London artist Barka, (http://barka-art.tumblr.com/), who has worked with Adidas and has recently been exhibited in the Museum of Contemporary African Art in Brooklyn. Akala will be performing against a backdrop of art provided by Tokio Aoyama http://tokio-art.com/, the Japanese psych pop oil painter and modern day surrealist, who has created the artwork for Akala’s forthcoming album ‘The Beggar’s Banquet’.

In addition to live music, there will be artist-run workshops, installations and interactive artworks, in the The Tanks and Turbine at The Tate Modern, throughout the weekend.  One installation by Susan Stockwell will see the Turbine Hall transformed with a cascading flotilla of handmade boats. Other highlights include: workshops run by fashion photographer Rankin for participants to experience what it’s like to be on the set of a photo-shoot; zine-making workshops, (where participants can create and contribute to a zine to take home), presented by the It’s Nice That collective; and Stooki – Stooki Sound bringing Trap music to The Tanks where their bass and minimalist sound will reverberate around the space with synchronised visuals.

Hyperlink is the first of eight festivals around the country happening as part of Circuit, a new national youth network for the visual arts. Supported by the Paul Hamlyn Foundation, Circuit aims to reach 80,000 young people aged 15-25 over four years, through festivals, sustained partnership work and artist-led projects. Hyperlink has been curated by Tate Collective London, a group of young creatives, aged between 15 and 25, who produce dynamic programmes for young audiences across Tate Modern and Tate Britain.