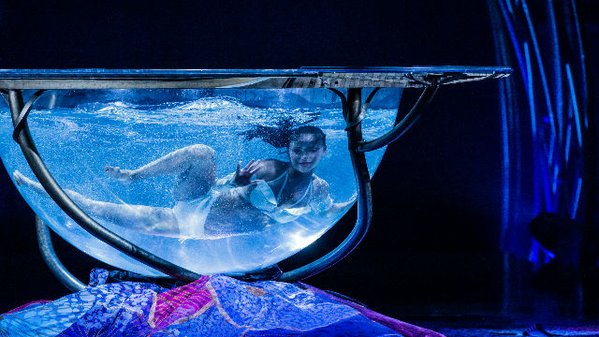 Cirque du Soleil Amaluna is now live at the London Royal Albert Hall and must end on March 6th 2016.

Cirque du Soleil Amaluna tickets are available now and it’s probably one of the greatest shows you will ever see. The acts are breathtaking, the stunts are stupendous, the performances are one of a kind and the theatrical show simply is mind blowing.

Celebrating their 20th anniversary, Cirque du Soleil Amaluna opened last week to critical acclaim. Written and directed by Tony Award-winning director, Diane Paulus, Cirque du Soleil’s 33rd production Amaluna is a celebration of love and a tribute to the work and voice of women. Time Out said it was

A Spectacular Piece of Escapism. Cirque du Soleil Continues to Raise the Bar.

Attendees of the opening show have been tweeting non stop about the spectacle. If this is the stage, just imagine the show! #Amaluna @RoyalAlbertHall pic.twitter.com/VArssFGcMR

That was absolutely with out any doubt, the most amazing show/performance I have ever seen…..stunning #amaluna #CirqueDuSoleil

Best @Cirque show yet for me this evening. Great production, delivery and music in total sync #AMALUNA pic.twitter.com/ruXnAtodw2 Are you ready to be dazzled and entertained? We are! And p.s. this makes a perfect Valentines gift for someone special.