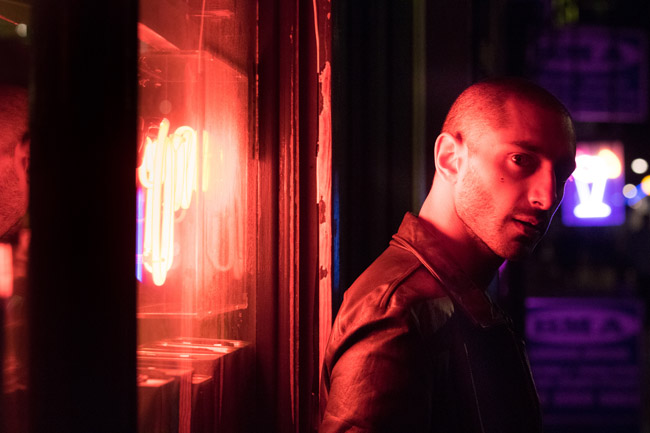 Based on the 2005 novel of the same name, author Patrick Neate brings modern-day noir City of Tiny Lights to the big screen with Dredd director Pete Travis at the helm, and hot commodity British star Riz Ahmed in the leading role as P.I.Tommy Akhtar.

After a local escort visits him asking for his help, Tommy sets off on what he expects to be a straightforward missing person’s case, which in fact opens the door to a plight of religious and political conspiracy. All the while, childhood sweetheart Shelley (Billie Piper) is back on the scene, inviting Tommy to rekindle and revisit their emotional past together.

Being so used to American thrillers, it’s initially hard to adjust to the gritty British streets. But once City of Tiny Lights establishes its strong lead, gripping story and a wonderful representation of London, everything falls into place.

After December’s Rogue One: A Star Wars Story, it was surprising to see Ahmed as a hardened Londoner, and not a chipper and altruistic Disney hero, so much so that the casting choice seemed risky. Retrospectively, this couldn’t be farther from the truth as Ahmed melts into his role, proving the buzz around him right now is for good reason.

He’s helped enormously by the unfolding and weaving of two captivating stories, albeit one a lot more sophisticated than the other. Whilst Tommy attempts to solve the mystery, unravelling more as he goes, the story turns to flashbacks of his days alongside Shelley as a teen and the unspoken truth of what really happened between him and his first love.

Despite some cliche dialogue, City of Tiny Lights does a fantastic job of grounding this cinematic story in a real environment full of authentic characters. The representation of London on screen is exceptional and completely elevates the story. Unexpectedly, the film’s use of dry and witty humour is enthusiastically welcomed, and despite being a contrast to the general tone of the film, it helps the pacing by adding a few moments of comic relief and manages not to cheapen the film or take away the emotion.

City of Tiny Lights is out in cinemas April 7th.