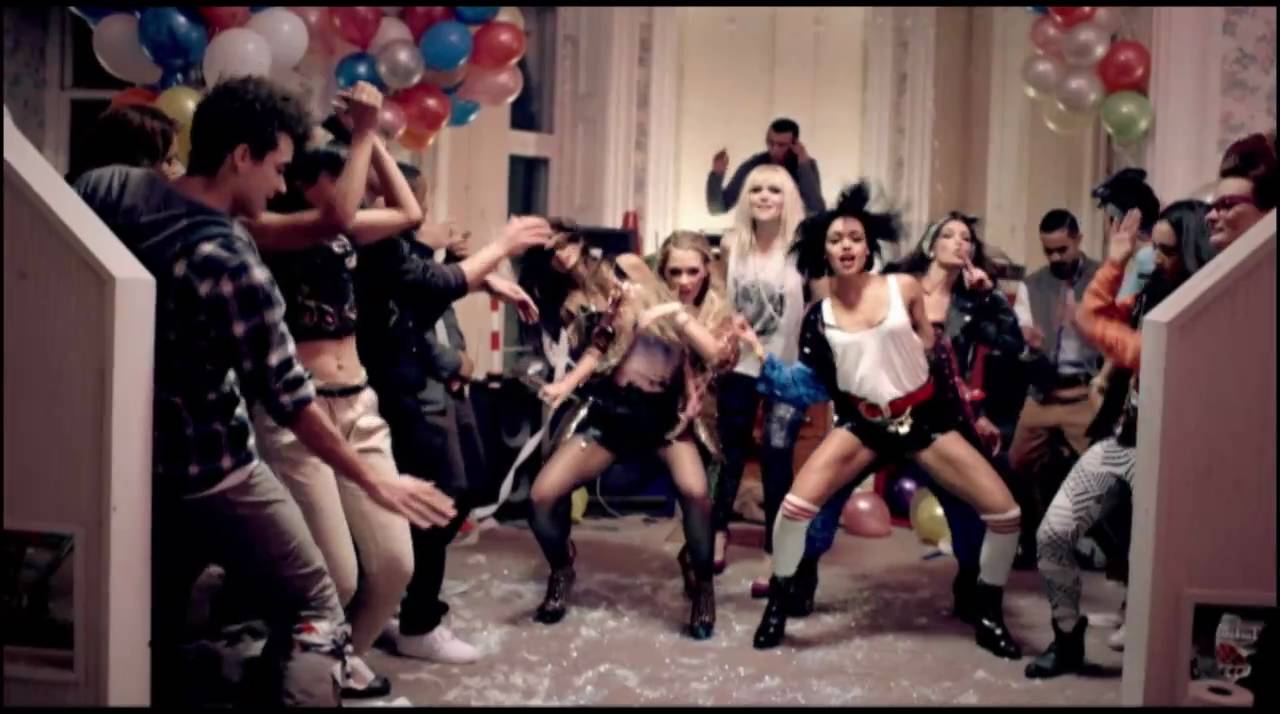 Wednesday night saw Flavour reporters Maz Halima and Catherine Ababio head down to the funky side of inner city Shoreditch to check out an intimate gig by the newest girl group on the block – Parade. Maz tells all… You might recognise them from their top 10 single, ‘Louder’, which was featured on recent Rimmel adverts. The event was sponsored by Clean and Clear to promote their new Morning Energy skin range (which is gorgeous, by the way). The room was packed with teenagers high off adrenaline; I was surprised to discover this girl group have clearly built a large fan base already.

Besides press, attendees were competition winners who all looked thrilled to be in the secret hideout in Hoxton Square. The gig was held underground in the chic Zigfrids bar, with Clean and Clear products generously laid out on the table and at the bar.

The venue was overtaken by balloons, which were cute at first but soon became annoying when they got in the way of my mingling. However, guests solved this problem for me as they started to pop the balloons and inhale the helium to entertain themselves.

Parade came on stage at 7.15pm and I was surprised how loud their presence was. Parade consists of ladies Emily, Lauren, Bianca, Jessica and Sian who all have very different styles. The ladies were loud, smiley, friendly and seemingly in awe of their adoring fans. It was clear that they had worked hard on their set, which went on for an hour. They performed tracks from their self-titled debut album PARADE, including the smash ‘Louder’ and the follow up single ‘Perfume’.

After their performance, I am not afraid to say I was officially a Parade fan. The girls were fun loving, quirky and frankly, quite loveable. After the show I headed over to the bar, to wait for the girls to freshen up and come back for their signing session.

The audience were buzzing after the performance and strangers were talking like old friends, united by the energy in the room. Although the Clean & Clear products displayed around the room were for guests to test and take home, it amused me to see girls sheepishly slipping the goodies in their bag; the giveaways were simply too good to be true!

As the ladies faced the large queue of fans waiting for their autographs, the band kept face and were lovely to every person they met. Their humility and good energy sets them apart from other celebrities and I hope this is a quality they keep as they climb towards the top.

Catherine and I were given a complimentary goodie bags as we left, which contained the new Cadburys Bliss, face scrub and wash and Parade key rings. Being at the gig reminded me how fun these events can be and how exciting and inspiring they are for young people. God, I feel old.