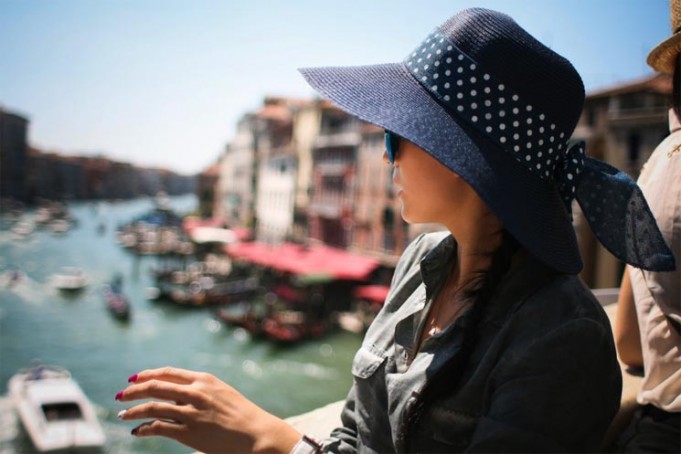 Consumers are obsessed with clothing. It’s not a secret. With companies manufacturing their clothing overseas and reducing prices thanks to cheap labor, consumers are scooping up better bargains and having a little bit more money in their pockets.

This is why it may not necessarily be surprising to see the latest data indicating that Americans have been on a 20-year shopping spree as the average consumer purchased an average of 69 pieces of garments per person per year, according to the American Apparel & Footwear Association, an advocacy group, (via the Wall Street Journal).

It would seem that we’re a culture drive by attaining as much as clothing as possible. This may be true for those older than 25 or 30. But for the incoming generation of teens and younger millennials, electronics have a great deal of importance, more so than clothing.

The New York Times published an article late last month entitled “Plugged-In Over Preppy: Teenagers Favor Tech Over Clothes,” in which it looked at how millennials are more inclined to be focused on tech gadgets than the clothes they wear.

As the newspaper writes: “For some teenagers, wearing last season’s jeans will always be unthinkable. But a growing number consider texting on a dated smartphone even worse.”

The news publication opined that jeans and T-shirts aren’t necessarily the biggest money makers for retailers anymore. Instead, it’s ensuring that each teenager is equipped with the latest mobile technology, like smartphones and tablets.

One teenager conceded that clothing isn’t as important to her as her technology, while another technology purported that it’s more exhilarating to have a brand new phone because “it’s a better distraction than clothing.”

Financial experts concur that there is a major shift transpiring in teenage trends and spending. John Morris, a retail analyst at BMO Capital Markets, discovered this through regular teen focus groups as the participants revealed what they find appealing, which is usually far from apparel. This is big news considering that teens are an important marketing demographic because they have become big consumers compared to previous generations.

Teenagers have also noticed the growing m-commerce (mobile commerce) market. They often discuss that shoppers can browse and buy clothing on their phones.

In fact, the smartphone itself has become a fashion accessory for many younger consumers as they often purchase covers that people notice right away.

Prior to the advent and ubiquity of smartphones, it was imperative for the average teenager to have the latest fashion trends in their closets to show off to their friends and remain hip. Nowadays, the only fashion trend that really matters for teens and millennials is to have the newest technology around. In other words, forget the $200 pair of ripped jeans; the new generation wants the $400 smartphone.