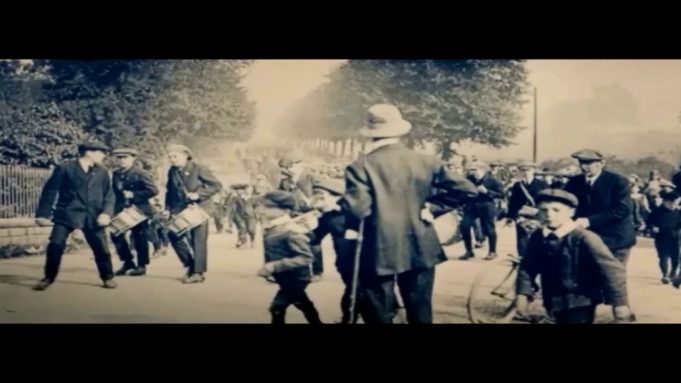 Cole Toury releases a moving tribute to the soldiers of the Great War WW1 on 11th October, timed to coincide with the 100th anniversary of the war ending.

Titled ‘Faraway Places’, the 4 track EP features melodic pop tunes that tell the stories of the men who fought in WW1.

The album focuses on the idea of ‘places’, both physical and metaphysical. What is the place we go to, if we don’t follow the herd mentality, and for anyone who tries to live ‘off-grid’ or ‘outside the box’?

Each track has a different lead, ‘Fourth Side of the Triangle’ focuses on difference and being a contrarian, which can lead to looking for places far inside ourselves

‘Silence on the Water’ is a deeper, more meditative track with lyrics that leave us pondering. “there’s a hole in my world” –where do we go to for solace, where is our ‘homeland’?

‘California’ is much more mystical and dreamlike, describing a place for the dreamers, castaways and fugitives.

‘Faraway Places’  is a song which perfectly describes the futility of war; young adventurous men, and volunteers in WW1, who ended up fighting for ‘places’ with names that mostly didn’t mean anything to them.

The message of celebrating heroic acts resonates through the whole of this EP whilst still being a collection of perfectly mastered songs. A very charismatic music video has been released to accompany Faraway Places.