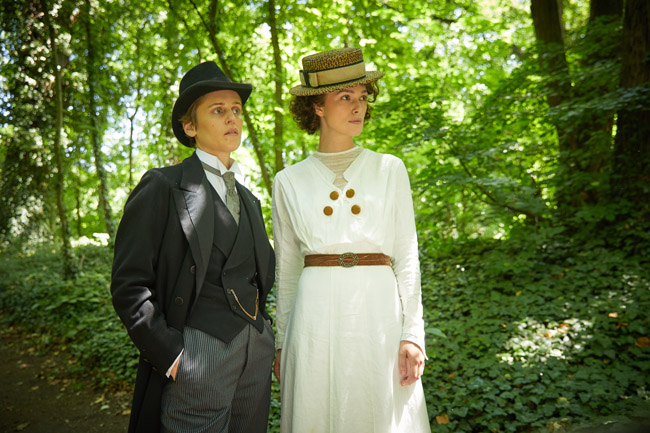 The period drama is always home to an abundance of glorious costumes, a staple prop, as it were, to set the scene and give the picture its authentic feel. In Keira Knightley’s latest, Colette, which is now available on DVD and digital download,  Knightley gets the chance to flaunt the flamboyant style of a cultural icon in France and inspiration to generations of artists, Sidonie-Gabrielle Colette, thanks to the stylings of costume designer Andrea Flesch.

Filmmaker Wash Westmoreland’s Colette is a perfect accompaniment to our current climate, with Woman at the forefront of debate, no longer willing or scared to stand up to the man that has kept us at heel for centuries. Colette was a pioneer of her time, a ghost-writer for her husband’s novels as time passed Colette started to find her voice and her sexuality. The film explores the formative years of her life, illuminating the passions and ambitions that drove Colette to blaze trails as one of the most celebrated authors of her time.

After moving to Paris, she agreed to ghost-write a semi-autobiographical novel for her husband. Its success soon inspires her to fight for creative ownership and overcome the societal constraints of the early 20th century.

As well as finding her way from under her husband’s rule and experimenting with her sexuality, as the film progresses, Colette’s style changes in order for her to make her bold statement’s. Thanks to the creative designs of award-winning costume designer Andrea Flesch, Colette’s style was brought to life.

Flesch is known for her unique work, none more so than on The Childhood of a Leader, starring Tom Sweet, Stacy Martin, and Robert Pattinson. However, her next project, Ari Aster’s Midsommer starring

“Andrea Flesch says, “To me, what is important about Colette is that she fights for freedom — in behaviour, in the way to dress and to speak and think. Her personality was even more exciting than her writing.”

We are lucky enough to be able to share some of those fabulous design sketches that made up the wardrobe for Colette. Take a look below to see how the costumes looked on paper before taking on a life of their own on the big screen.

At the start of the film, before Colette found her voice and her distinct style, her plain attire symbolises her husbands need to keep her in the shadows.

As she contemplates her future, the sea-faring look embodies her subconscious as she embarks on her own journey to find herself.

The feisty temperament begins to evolve as her confidence is given a boost from her success as a writer.

A contemporary and bold thinking Colette takes centre stage, with this outfit declaring, this is me, accept it or move on.

Again, this is a bold move for the early 20th century, a statement-making suit was rarely found on a woman. After she began her relationship with the gender-neutral Missy, this outfit is simply a tribute to her lover.

Lionsgate’s Colette is out on Blu-Ray and DVD now & is also available for digital download.