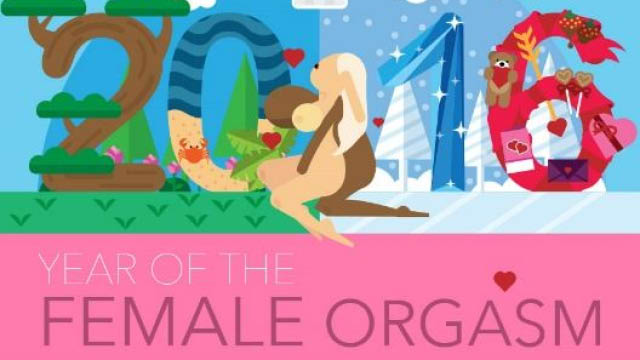 CAM4, the world’s largest adult web cam community in association with IFOP the global polling and market research Company, has conducted an international sex survey and the results are in.

Coining 2016 “The Year of the Female Orgasm”, CAM4 wanted to find out more about women and their orgasms. Over 8,000 women of different ages from 18 years and above with various sexual orientations were interviewed and surveyed about their sexual climatic habits and peaks.

“We decided to explore the complex female orgasm as we were interested in sexual attitudes amongst women in the 21st century. We found the results to be insightful and informative.” – Derek Devlin, Head of Global PR and Content

The results revealed 6% of British women were climaxing every single day compared to Spanish senoritas who topped the table at 19%. Trailing behind were German frau at 3%.

94% of Brits were able to achieve climax with their current partner, 85% of which claimed to climax at the same time as their partner. However 50% admitted faking it.

Despite 72% of British women being able to reach climax, it was revealed that 28% did suffer with problems climaxing. However, Dutch women were discovered to have the most infrequent orgasms with 36% unable to achieve orgasm easily.

With the over 60’s it was a different story, only 16% of British women are climaxing once a week unlike their Dutch counterparts where 40% were climaxing regularly on a weekly basis.

For a full breakdown and a county comparison of how the UK compared to other countries, please click here: http://www.cam4.com/insights/year-of-the-female-orgasm