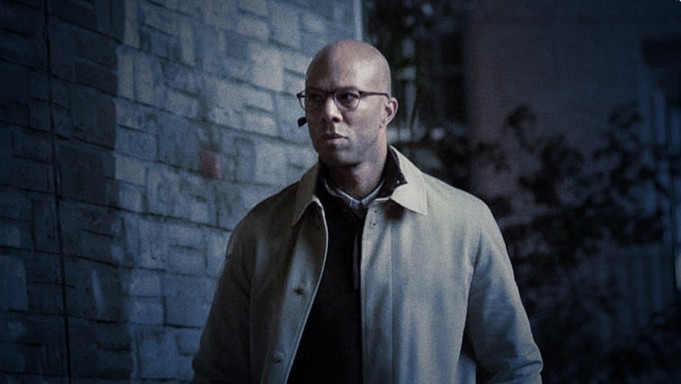 Multi-talented Actor, Rapper, and Activist Common sat down to answer a few questions about playing a crazed hitman in the film Run All Night where he stars alongside Liam Neeson.

Run All Night see’s Common play a slightly deranged hit man called Price who is hired to take out Liam Neeson and his son. Common talks about his character, his love of acting and winning the Best Song Oscar for his track Glory in Selma.

QUESTION: You character, Price, seems a bit crazy.  Can you tell us about him and how you found him as an actor?

COMMON:  Well, it’s the dynamics of taking on characters.  I love it because that’s what acting is about—you play different people, and all of them may not be the healthiest or the best in society.  This movie has a lot of fun action, but it’s intense.  And my character is someone who represents the darker side.  He’s definitely a hunter; he’s relentless in going after what he wants.

But it’s fun to play that crazy type of human being because you learn a lot and you get to understand people in different ways.  It’s easy to be like: ‘Okay, this dude is just a killer’ or ‘this dude is just a gangbanger,’ and to just look at people from one dimension.  But man, this guy is crazy, and he’s a killer, but he is also a human being.

QUESTION:  When did you know you wanted to act?

COMMON:  I’ve always loved film; I’ve always loved theater — the way they make me feel.  But I really didn’t start acting until later on.  Some years into my music career, I thought, ‘I need something else.’  And I went to acting class and said, ‘This is it.’  I loved it.  And from that point, I wanted to be a great actor, so I’m just striving.

QUESTION:  You get different things from acting than you do from music?

COMMON:  Oh, yeah, for sure.  When you step into another person’s shoes, you kind of get an understanding, like if I was playing a bartender I would actually go and work at a bar for a while.  And you see what it is to have to deal with people and it gives you another understanding.  And I love the fact that it also brings a certain freedom that I hadn’t expressed in hip hop.  Because in acting, you’ve got to express every spectrum of emotion.  And you can’t be trying to be too cool about it.

QUESTION:  You’re running a lot in this film.  Was it physically tough?

COMMON:  Yeah, there were some physical challenges.  But I enjoy those action moves and the fight scenes.  It’s fun to be in a fight scene with Liam Neeson.  I loved it.  We went through a lot of training, but once we got there, it was like: Man, this is really happening.  I’m in this scene with Liam Neeson and it’s like we’re going man-to-man, toe-to-toe.

QUESTION:  Did you know Liam Neeson used to box?

COMMON:  Oh man…I was asked yesterday who will win in a fight between me and Liam Neeson, and I was talking like I would win.  But if he used to box, I’ve got to rethink that.  (Laughter)

QUESTION:  What did you learn from Ed Harris and Liam Neeson in Run All Night?

COMMON:  Well, I really learned that you can continue to act and shine for as long as you choose because these guys really are doing some great performances and doing great work.  And they’re continuing to grow and put out great stuff.  I learned you can’t put an age limit on greatness and the work that they’re doing.  There are no bounds.  I was inspired by that and also just the work ethic that Liam had because I didn’t really have any scenes with Ed.  Liam’s effort and his attention to detail were really, really great.

QUESTION:  We heard Joel Kinnaman was a hip hop fan.  Did you guys talk music at all?

COMMON:  Yes.  When we were in the makeup trailer, he would play a lot of music.  I don’t know if he knows, but he helped me out.  I was working on an album project called Nobody’s Smiling that I released in 2014, and he helped out the project because he started playing all this really high-quality hip-hop and it reminded me of how good hip-hop could be.  It just helped me and inspired me.

While we were filming, I was in the mode of my character, Price, so I wasn’t as loose and friendly as I am regularly.  But for me to stay close to what Price is, I had to be in that mode.  So it was great to bond with him about music.

QUESTION:  What was it like winning this year’s Oscar for Best Song for “Glory” from Selma, and has your life gone back to normal now?

COMMON:  Somewhat back to normal, but, no, it’s not back to normal.  First of all, my mother invited like 20 people out to L.A., so they had a pre-Oscar barbecue and after-Oscar dinner and I came to the dinner.  They were happy and all clapped for me, but I could tell something was missing, and that was the Oscar.  So I sent somebody to go get the Oscar and I brought it to the dinner and they just went crazy.  And it made me understand it, like that achievement was really something and people who knew me for such a long time, people that had supported me or just even if they just supported ‘Glory’ at this moment, it was a win for them.

So I felt really good about it, and things haven’t been back to normal because we got to express ‘Glory’ on and be who we were on that platform.  I think I got introduced to so many people in the world who never knew of Common.

I really am still super enthused, inspired, and grateful and excited that that you can say my name and say ‘Academy Award winner.’  It’s a phenomenal feeling.