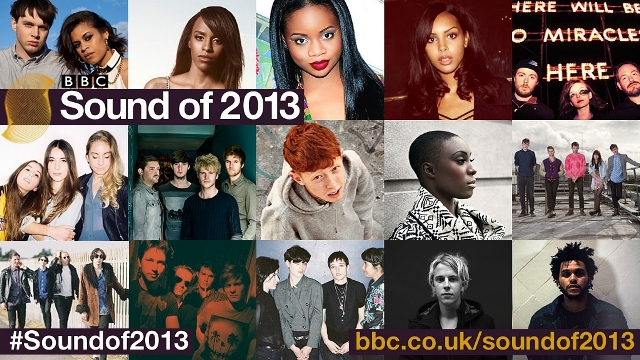 There are 15 artists on this year’s list, including New York rapper Angel Haze, Canadian R&B crooner The Weeknd and 20-year-old south Londoner Arlissa.

The list – compiled by DJs, bloggers, critics and music insiders – highlights the most exciting rising stars for the year ahead. The top five artists will then be revealed each day from New Year’s Eve, with the Sound of 2013 winner announced on January 4.

George Ergatoudis, Head of Music, BBC Radio 1 and 1Xtra, said: “Of course not all of them will achieve success, but all are worth checking out. Let the discussion and debate begin.”