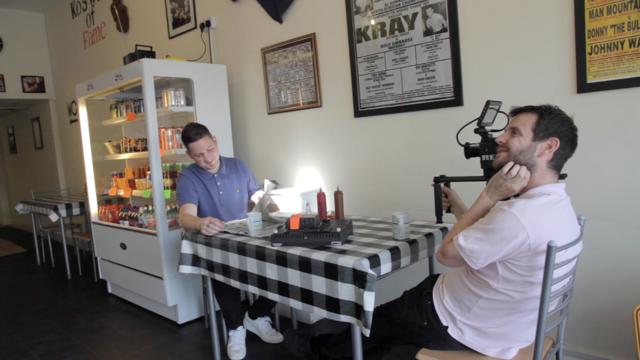 Context suits up and gets moody in his new video for ‘Small Town Lad Sentiments.’

The rapper is almost unrecognisable as he delivers some witty bars and punch lines, in the brand new video, directed by Mike Skinner. After hearing the original track showcasing his masterful, relaxed and versatile flow, Skinner chose to work with the rising MC, hailed as ‘Middle England’s Poet Laureate’.

“Context has done a few things in the last year or so that have had people talking When I heard the original of small town lad sentiments it reminded me of the MC tracks hinting at real life,” says the former Streets front man.

“He’s got some really good lyrics. There are moments where it feels like he’s just passing on what really gets talked about. You can’t fake that sort of thing.” Best-known for his time with the UK garage, hip hop band The Streets, Skinner also makes a rare appearance in the video.

Context rounds up the visuals by switching from poignant to cheerful with some in-sync-cigarette smoking with Skinner. Note to Context: That elderly bloke’s attempt to dive out of shot at 0:25 seconds is brilliant. We want to see more of him. Watch below.