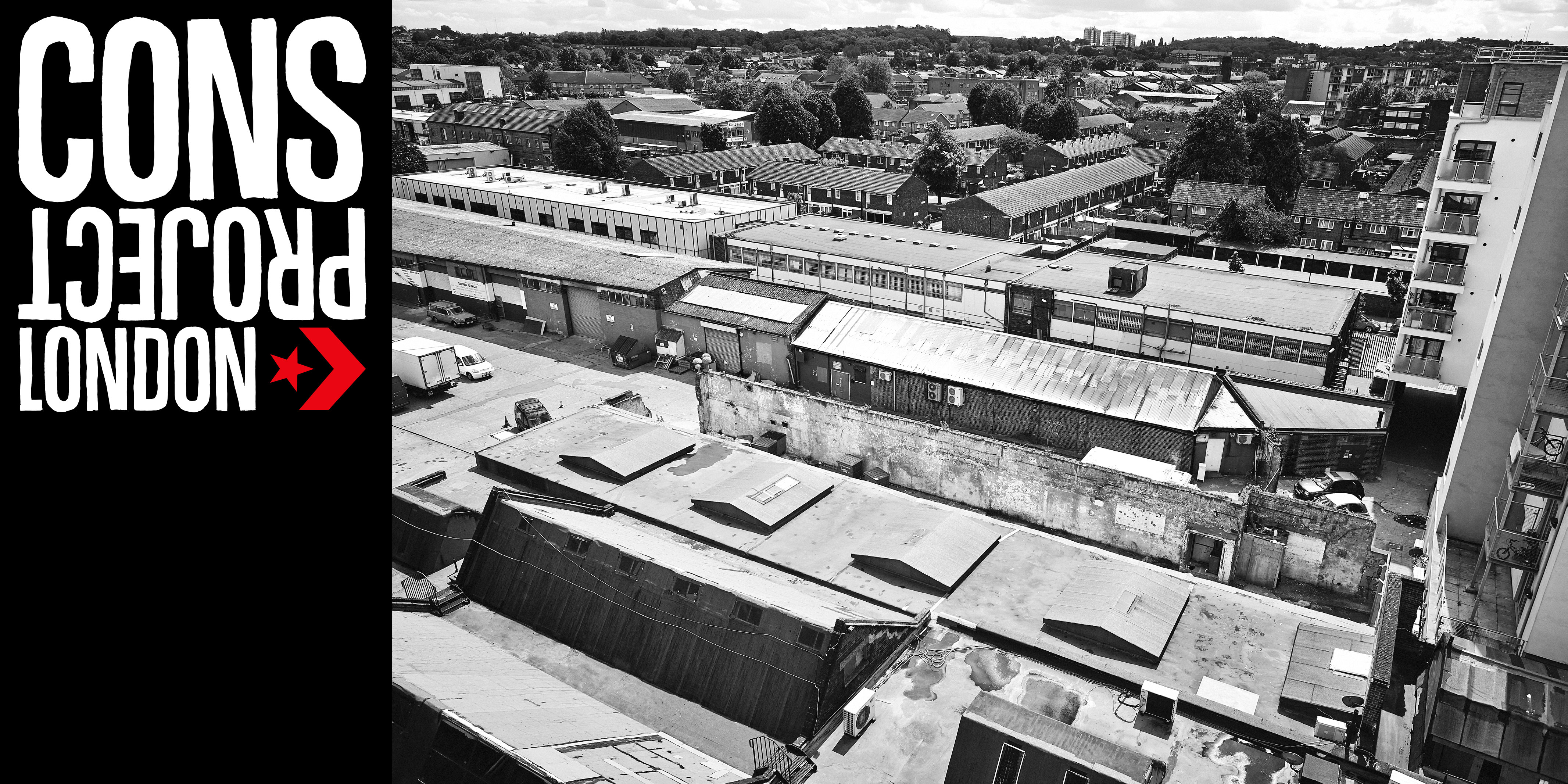 Converse have just announced the launch of CONS Project London, the latest installment in a series of global community projects designed to inspire the next generation of creative spirits through music, art, style and skate. Following on from the success of similar initiatives in New York, Los Angeles and more recently Warsaw and Belgrade, CONS Project Londonwill open in Peckham – one of the city’s most up-and-coming creative hubs – from Thursday 22nd May.

The ambitious 10-week project will help to unleash urban creativity within the community using the space as a hub for a series of talks, workshops and exhibitions; all aimed at inspiring young people, giving them opportunities to learn whilst fueling their creative passions. The CONS Project London workshops will offer tangible, hands-on lessons for local youth ranging from age 16 and above, at no cost. The series kicks off with the first of the Inspire | Create seminars which sees The Daily Street Co-Founder, Alex Synamatix, hosting a series of inspirational talks and panel discussions that bring together London’s creative communities to share ideas that inspire, spark collaboration and educate.

A Mix Lab series curated by Scratcha DVA is also in the line-up; a music production development program giving burgeoning musicians indispensible access to high profile mentors from the UK’s underground music scene. Each Mix Lab class will allow participants to learn new production skills and gain expert advice on how to shape their own music at the CONS Project London’s in-house recording studio.

Next up is Journey Through LDN Sounds – a series of raves, screenings, talks and exhibitions at the Peckham space, which celebrate underground music that has symbolised London over the past 30 years. From the early pioneers of Jungle to the current Bass artists pushing the scene forward, Journey Through LDN Sounds will cover the music genres that have defined generations.

Converse CONS skate ambassador Jerome Campbell and friends have crafted a calendar of photographic and film inspired skate sessions that will help budding skaters learn new skills within the CONS Project LDN Skate Street – a dedicated outdoor space at the venue which has been built using a host of iconic urban architecture, creating a unique skateable city landscape. The overall aesthetic conjures up an unusual urban street scene, with a collection of random signage, storefronts and its own London pub. To kick things off, US hip-hop legend PUSHA T will be launching CONS Project London when he takes to the stage at the official opening party on Thursday 29th May. Pusha T, one half of iconic hip-hop duo Clipse, is now signed to G.O.O.D. label and is sure to get the party started in style.

The full calendar and ticket registration for all May/June events is available here: conversecons.com/ldn

Thursday and Friday from 4pm – 9pm

Saturday and Sunday from 12pm – 6pm