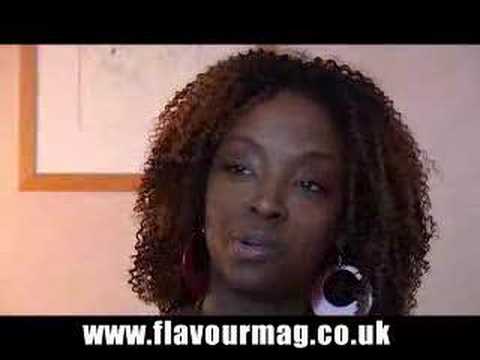 Four albums deep, almond-eyed soul singing beauty Conya Doss presents her latest offering: Still… Whilst the intentions of this album are, in Conya’s words, to ‘tell a little bit more about what’s through my lens,’ many people will have missed the first three flashes. Without attention-grabbing factors such as the widely compelling self-destructive streak (and Grammy awards) of Amy Winehouse, the hip-hop co-signs Dwele gained from collaborations with Slum Village, Common and Kanye West, and the mixtape hustle of Raheem Devaughn, Conya Doss is probably Still… below your radar.

If this frustrates her, you can’t tell from her smile. The success, acknowledgement and nomination of her peers inspires Conya with confidence that soul music as a whole will enjoy a resurgence, rather than a mere token few; ‘I think it’s an evolution/revolution. We’re not going anywhere but I think people are gradually becoming more accepting – those who normally had tunnel vision exposing the public to over saturated commercialised music… I think it’s coming around and we just have to keep grinding on it.’

The Cleveland, Ohio native grinds away minus the support of a thriving local soul scene. Eyes sparkling, she laughs and confesses, ‘Cleveland does not have a lot of [soul] outlets. I grew up there and I have family there, but if I didn’t travel, I don’t know what I’d do. It’s a nice place to raise kids or settle down. As far as the music scene – they’re trying but it’s just not happening. There are so many talented musicians there, but a lot of them… leave. But I’m not leaving; I know that I can make this happen without leaving.’

Staying true to her art
Currently making it happen with the support of UK label Dome Records – also home to the soulful talents of Eric Roberson, Donnie and Anthony David – Conya tells Flavour, ‘With a company like Dome, you know you have a company that believes in what you’re doing – and to me that’s important. There are a lot of people who have major label deals whose projects will never see the light of day, or they don’t believe in the artist enough – ‘oh, there’s not a key producer on there’ – as opposed to looking at a producer who has substance. That, to me, is not appealing. They do have a machine behind them, as far as tours and all that, but for me if I have to balance it between giving up my creativity and my freedom versus that… no, I’ll stick to what I’m doing any day over that.’

Eliciting what may be the first recorded sincere use of the phrase ‘don’t give up your day job,’ Conya Doss spends her sunlit hours as a special needs teacher in the Cleveland public school system. Ms. Doss by day, sultry singer by night? Admirable work, a nurturing spirit, and a conscientious attitude to imagery as a figure of influence, have all fuelled Conya with a desire to effect change. She explains, ‘In Cleveland they have a lot of programs for all the boys – they’re at risk – and for Special Ed kids, but I wanna focus on young ladies… teaching them how to be a young lady. We take for granted that they should know these things… I think we’re in such a misogynistic society and the girls come to school looking like they’re in a video. It’s not cute! They don’t understand they can’t wear that. They just don’t know. It’s amazing that things we take for granted that they should know, they have no idea. I see it every day… that group [aged] 12-15 – they have no idea.’

‘I think they’re being raised by [internet and TV] while their parents are not at home like they should be, and some of the parents are young too so I definitely think it’s a reflection of that. I always have to correct my five year old niece; she wants to look like that… That’s not what she’s being taught but evidently she’s influenced by these images that this is the standard of beauty, this is what you need to look like, you need to be this thin. I’ve never seen a little five year old girl that’s so concerned about weight. Something’s wrong with that… I definitely think that that needs to be changed.’

Championing health and personifying humility, the ingredients of Conya Doss sound like a good recipe for real soul. I suggest you start with album number four and eat your way backwards.

Still… the latest album from Conya Doss – is out now on Dome Records.
www.conyadoss.com or www.myspace.com/conyadoss for info