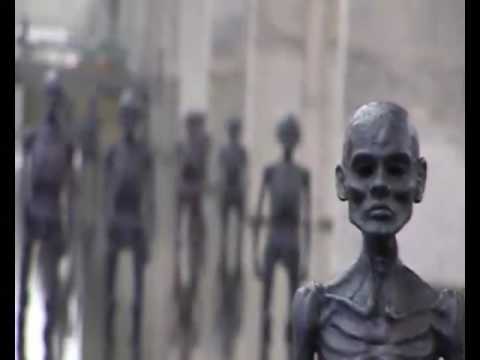 We are two 18-year-old reporters for Write Here, Right Now, a youth reporting project funded by UKaid for the Department for International Development, and last month we travelled to the Danish capital, Copenhagen, for the first few days of this month’s UN Climate Change Conference. We landed in the morning of December 7 – feeling a little tired, and a little guilty at having flown to Copenhagen rather than bussed it – but excited for the couple of days ahead.

It seems that there was more optimism in Copenhagen nine days ago than there is at the moment, when talks between the world’s leading politicians seem to be on the brink of collapse. Our first ten minutes in Denmark summed up the general atmosphere of Copenhagen a week ago: expectant, hopeful, and aware that the following two weeks would be pivotal to the battle to reverse the effects of climate change and its devastating impact on people worldwide, and millions in developing countries.

As we got off the plane and walked through the airport, we saw countless the posters and adverts related to the conference itself. Some struck a louder chord than others; a Greenpeace poster depicted aged faces of Barack Obama and Gordon Brown in 2020, stating: “I’m sorry, we could have stopped catastrophic climate change… we didn’t”. Whether or not the world’s leaders come together this week to build a new framework for slowing climate change remains to be seen, but Copenhagen as a city is already doing its bit to turn people green. Upon exiting passport control, we were immediately greeted by a couple of guides who explained that our boarding passes would entitle us to free public transport for the entire day – result!

Copenhagen is a city which encourages people to use public transport over taxis and cars. As two young Londoners, this has made a huge impression, not least in light of regular hikes in the price of public transport within the UK’s capital. Walking through the centre of Copenhagen to get to our hotel, we stumbled upon City Bikes. These free, unlocked bicycles are scattered all over the city and are available for public use at any time. All you have to do is pay a small deposit – it slots right into the bikes, like the trolleys at your local supermarket – and you’re on your way – literally!

Would this work in London? There seems to be a level of trust in Copenhagen that simply doesn’t exist at home.

A few hours later, and we hopped into a taxi, on our way to attend a Play to Stop concerts – one of several gigs worldwide organised by MTV in the name of raising awareness amongst young people about climate change and its impacts. Interested though we were to see the Backstreet Boys, we were more interested to discover that even Copenhagen’s cabs are carbon neutral. The taxi company we rode with neutralises the kilometres it drives by buying and then destroying CO2 quotas from the EU market. Some of these companies exist in the UK, but they’re far outnumbered by cabs which chug out the fumes as they hurtle along.

Like most countries, Denmark can still do more to help tackle climate change. But when it comes to Copenhagen, our over-riding impression is that it makes much more of an effort to fight climate change and nurture the environment than most British cities do. Today, 20% of Denmark’s energy comes from wind farms, and they aim to increase this figure to 50% by 2020. We are trailing behind, but we realised in Copenhagen than it’s regular people, and not politicians, who can do the most to help change the world. We have a lot to learn from the from the way that Copenhagen operates, and want to speak up for our world. Join us at www.writehererightnow.org and play a role in changing the world for the better.