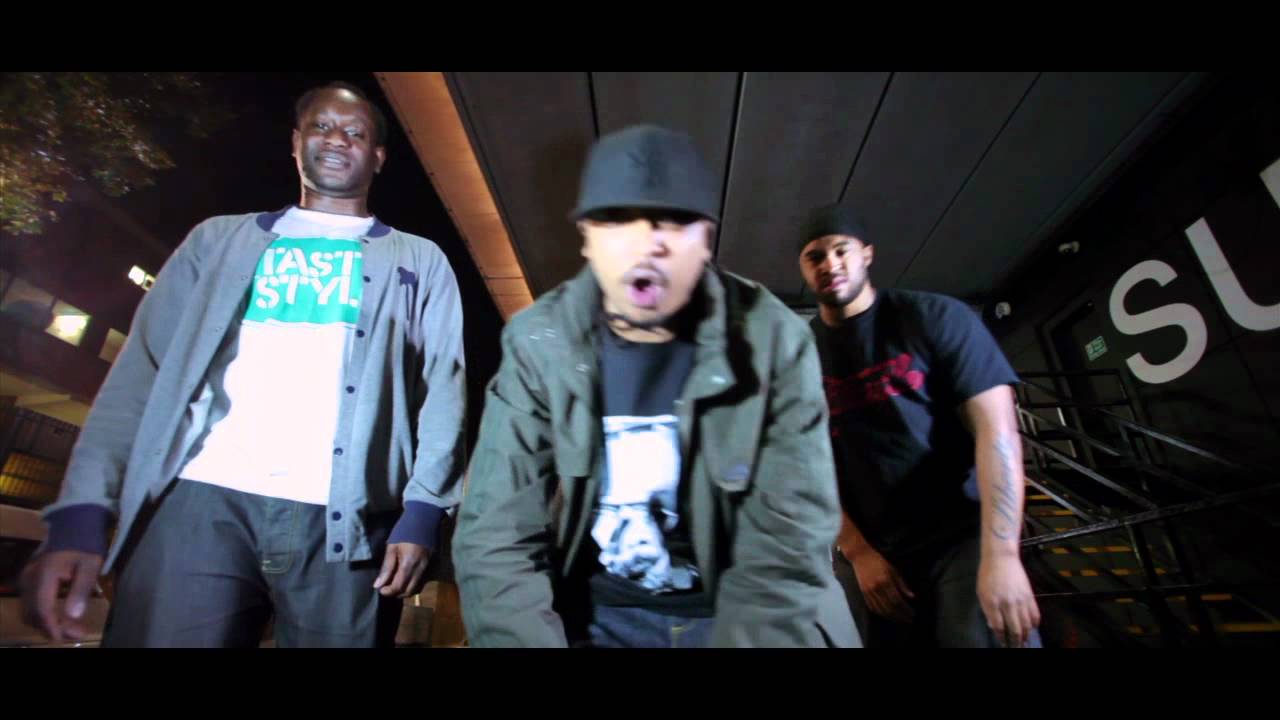 Shireen from Flavour talks hip hop with Ohio’s Copywrite, an rapper who has brought together artists from the UK and US for his brand new album ‘God Save The King  (Proper English Version)’, released 13th June. We talk about the hip hop scene in Colombus, Ohio, his reputation as a battle MC, and working with the UK’s finest MC’s. How did your journey as a hip hop MC begin?

I actually started off by accidentally freestyling, spur of the moment in my friend’s basement, while he banged on the table and recorded it into a boom box. This was in 1990/1991 I was about 13/14; people in the neighborhood heard it and told me to keep going. They said it was good which we knew it wasn’t, but at the time and for people that we knew thought it sounded decent.  After that we thought lets try and write something.

Tell me about your early days with Megahertz?

Basically we started in Columbus, Ohio, Megahertz went through a few different phases with different members, but we were just a group of kids who really wanted to make a career out of it and go worldwide with it. We got a good response locally in Ohio and in Columbus, and we hoped the rest of the world would feel the same way the people locally did. We took it a little bit further every year.

You come from Ohio, what is the hip hop scene like out there?

It’s cool you’ve got a lot of people from out here who made a name for themselves. We’ve got Blueprint, Illogic; we have ten worldwide acts from Ohio, Columbus from the same area who just did their own thing on their own merit without help.  It’s quite a hip hop scene out here, the only downfall is we don’t have that many venues to perform at, so most of us go out of state to do our shows. Artistically it’s an incredible place, its birthed a whole lot of great artists and it continues to do so.  There are a lot of people on the come up, new artists that are just getting their names known.

As an MC what do you think is the most important to have; content, delivery, wordplay or flow’? You’ve got a reputation as a battle MC. How do you prepare yourself mentally?

I’ve never really prepared myself; I just go out there. In my earlier days I was just so hungry, and so angry, angry that other people were rapping so good. This was coming from when I was like an arrogant little 19/20 year old, and I would just have an arsenal of my legitimate thoughts. It was already there, these were the thoughts I had trapped in my head, and I was ready to direct them to whoever I thought was in the way or a lesser opponent. I’ve been doing it for so long, but there’s a time and a place for the cockiness and arrogance, which is important to but you learn that along the way. The studio and the stage is the only place for it.

What proportion of your battles is pre prepared and what is off the top of your head on the day?

When I battle it all it is off the top of my head. I wouldn’t go in there with any pre-written or pre-thought out stuff. I would throw all my thoughts in right then and then.

Can you remember a punchline that destroyed your opponent?

There was a 50 Cent show I did and Jay Z was there, Just Blaze was the judge and there was a kid named Skyscraper and I said, “This aint event fair game, if you’re a skyscraper I’m the Taliban in an airplane.” It was like a crowd of 10,000 they all went crazy.

Which international battlers really stand out to you and why?

There’s a dude names Dirtbag Dan from San Jose, he does a lot of Grind Time battles, I like him because he has a different approach. He has all the basics an MC should have, but he has random stuff and will sometimes come off like a stand up comedian. He’s really good and really funny.

You’ve worked with various UK MC’s in the past. What initially led you to work with MC’s from across the Atlantic?

Early on in my career I got the chance to work with different cats. We went on our first tour in 1998, and Creative from Denmark was one of the first people we worked with. A kid named Formula 1 from Sweden we worked with. I learned early on that everyone has skill. Slick Rick was always one of my favourite MC’s, and to me he’s one of the top MC’s and he hasn’t fallen off. That always blew my mind, and people don’t really stop and think where Slick Rick’s from. As far as me being an Italian, a white dude or whatever, in the same manner I didn’t want people to discriminate against me for being white, I never discriminated against other MC’s for being from different countries. Music’s very transcending and I’ve always seen that.

On your forthcoming album you work with UK MC’s such as Genesis Elijah, Context, SAS, Bigz, Dru Blu and Akala. Why have you continued to develop this relationship with MC’s from the UK?

I think it’s just something different and I feel like with the Internet we have a real bridge. We speak the same language the only thing different is the slang and the accents. This border between us (the US) and the UK is real silly at this point. There’s a lot of politics in music, but I’m just really trying to show people there are a lot of talented people out there, and it doesn’t matter where they’re from. What I like about Context is his flow is real smooth and he has lyrics and he’ll rhyme in particular parts that you don’t expect to hear. Genesis Elijah is real raw and energetic and I always like that. SAS is real street with it. I like the kid Bigz a lot because he has a lot of punchlines and energy and bounces all over the meat. He’s really really dope, I get a really live visual when I hear him. Akala, just forget it that dude’s crazy.

You also feature a lot of US heavyweights. Why the decision to have so many features?

A lot of people I’m really cool with in the industry, and it was a strategy of mine to get people to pay attention to the MC’s that they may not otherwise pay attention to. I’ve been doing this long enough to know the games that people play. I’m not really into the whole names thing, I base it on talent. I figure if I throw me and Royce and Genesis on a song, people are going to hear it. People are going to listen to it and it might open up their eyes to an artist they otherwise wouldn’t have paid attention to.

Do you think by having such a mixture of UK and US artists that your album becomes fully trans Atlantic or will one side still favor it?

I honestly think it will be trans Atlantic, I think both people will dig it. A lot of people out here really like the song I did with SAS and they’re not pressured into the fact their from the UK, there is no negative feedback. I don’t see how an accent can get in the way of people enjoying the music.

After the album, do you still intend to work with artists from all over the world?

Yes. It’s pretty much an ongoing thing. I get a kick out of putting people onto new artists. My biggest dream would be to do a song with Radiohead.

What is next for Copywrite?

Were working on the Megahertz record with RJD2 and the rest of the group. Our brother passed away from cancer, we’re doing it in honour of him, a tribute to him. We never got the chance to make a proper full length so that what were trying to do.