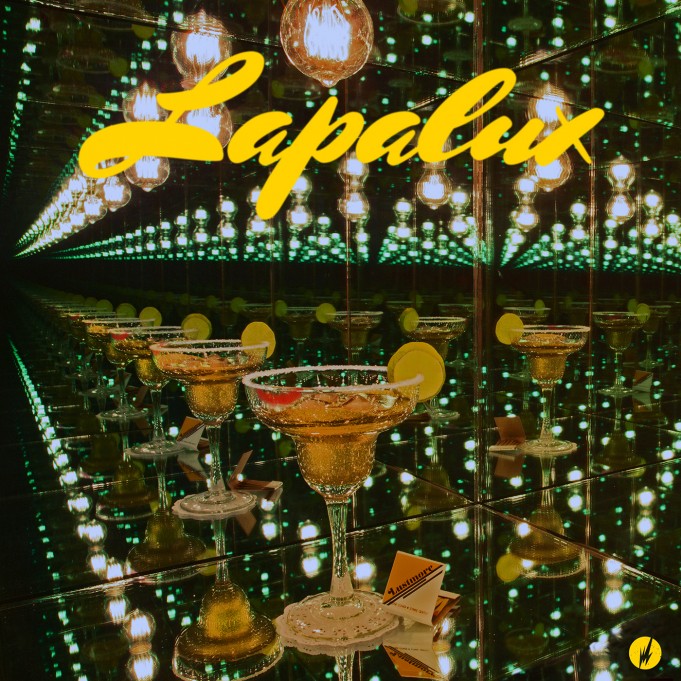 Despite his young years Stuart Howard aka Lapalux can claim to be one of the premier producers from the UK having signed to the excellent BrainFeeder owned by that most cerebral of forces Flying Lotus. I hear you already! You cannot argue with huge global sales and companies like Armani positively salivating at the chance to make some huge sales by merely attaching one of the aforementioned names to their products.

However, names like Calvin Harris and Mark Ronson appeal to a mass audience, I would argue that Lapalux’s appeal is for a smaller, more selective audience (minus that crass and irritating music snobbery). He’s a non-conformist avoiding that production line music ideology requiring a release every 6 to 12 months. ‘I am not going to be pushed into doing anything.’ He states resolutely when acknowledging the moderately long break between his album Nostalchic (2013) and his second album released through Brainfeeder, Lustmore.

‘I probably would not go down the whole major label thing because the music I create frankly is not what they are looking for. With an independent label like Brainfeeder, Ninja Tunes and Warp they are open to what you want to do and they do not impose on your creativity and that is important to me’.

His journey into music is part formulaic and part maverick. It is the maverick side of Lapalux that evidently fuels his clear productive individuality that has seen him create a stellar set of releases like Gurrl (2013), Gold (2013) and Movement (2014). ‘I don’t listen to music much because it can taint what I do’ he states almost sounding surprised himself, ‘I have been making music for as long as I can remember- playing around with a tape machine I had as a kid. Somewhere along the line, I started playing guitar but I was never really into guitar music, I just thought it was bollocks really. I was not into the technical guitar playing I was more keen on knowing a bit about it and then going away and doing my own thing; looping some riffs and then making some ambient washy tracks.’

He adds, ‘studying music I found the whole technical stuff just challenging. I was shit in fact at theory but I did it and I was able to write music (I have forgotten most of it now). I think however in some ways, theory stifles. I have mates who are really knowledgeable about writing music and understanding music from a theoretical basis but they are too involved in getting something right mathematically rather than looking at it creatively’.

Lapalux who will be moving to LA from his current home Prague,  evidently enters production like some monk skilled in the art of Zen Buddhism seeking to enter a higher plain of consciousness knowing that he might never achieve that goal fully but satisfied that each time he drops a project it’s gone through his own rigorous and self critical tests for excellence

‘I think Nostalgic sits nicely on its own but listening back I think I could have done things differently and judged it better making proper musical statements.’

For legions of fans (including me) Nostalchic was the album that put him clearly on the map so it does come as a surprise when tracks like Kelly Brook get the Lapalux smack down, ‘I like Kelly Brook for what it is but at the time I was listening to abstract shit and that kind of came out in the track. Thinking now I might have left that off the album because it does not fit in or maybe change it to be more of a song’.

Lustmore seems to be a creation of goals not achieved and goals that he wants to meet. ‘All of the tracks on Lustmore went through so many different versions but it was all about polishing up until I felt happy and it is only recently I felt happy.’

The cultured presence of the productive genius of Flying Lotus evidently adds an impetus particularly when said name has personally brought you onto his label. ‘It was insane. I initially released Many Faces Out Of Focus (2011) on small a small London based label called Pitches Music. After that I was trying to find a new home for the stuff I was working on and I decided to hit up Brainfeeder. I emailed them and then a couple of days later Flying Lotus personally responded to my email saying he really liked my stuff. We had a conversation about what I wanted to do and next thing I was releasing two eps with them and then I signed a three album deal.’


His latest offering steps even further into abstract worlds: ‘The whole idea behind the album was hypnagogia which is this limbo state between the waking life and sleep. It is this idea of consciousness slipping, lucid dreaming and it just fitted with the music and what I wanted. It’s like that moment in the film Shining (1980) when he is at the bar. In that scene it’s difficult to tell the difference between reality and another more ambiguous state which I like because I have always had this issue with depersonalisation. In the past when I was growing up I would have these weird moments where I was really lucid and I would find myself floating above my body. As a kid it was scary but those experiences as a kid came out in the album’

‘I have been listening to a lot of film music sound tracks all my life and with the album I wanted to bring that feel into the album. Vangelis who wrote the Blade Runner (1982) theme is a genius; all that synth, analogue sound really made me think about approaching the album in this way and creating this place ‘Lustmore’ a place in time like a village or town-like this seedy place that is Blade Runner esque’

Esoteric, dreamy, evocative, yearning and (for now) fulfilling the ideals that he set himself, the album is an electronic productive master class substantiating Flying Lotus’ decision to feature the only UK name on his roster.

‘I was trying to excel in this album and make actual songs that stood out as songs in themselves. With the newer tracks it was about making every song a single.’

Superlatives abound as tracks do indeed exist as individual aural gems but I feel the power of the album lies in the whole, as you journey through the esoteric world of ‘Lapalux’ where retro futuristic ambience transports you to a world that is hard to leave. Vocal collaborations on the album are minimal as you might expect; the supremely talented Andreya Triana (who has worked with him before) and the newer name of the equally supreme Szjerdene (who has worked with Bonobo) on the mesmerising single Closure.

While the former album showed that raw unbridled talent-Lustmore represents a seasoned producer carving out a clear path un-affected by the glare of fame and a need to hit targets set by some out of touch executive fuelled by monetary gain. While of course monetary gain cannot be ignored, the need for creative richness is evidently the main driving force which is propelling him into ever higher productive echelons.

I positively cannot wait for that third album (he’s already in the writing process) and of course an almost certain collaboration with Flylo himself where we can be assured we will be transported to an immersive aural world.

Get LUSTMORE one of the best electronica albums of 2015.