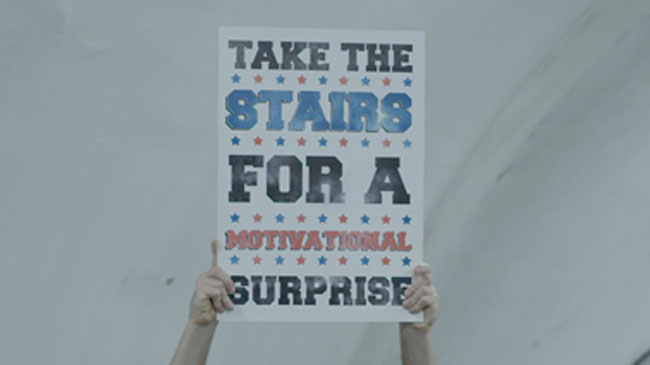 Celebrating this week’s release of CREED and Sylvester Stallone’s Golden Globes win, unsuspecting London commuters were treated to one of the most iconic pieces of music motivation in pop culture; the Rocky theme tune played by a real live brass band.

The fun motivational stunt, which took place at London’s Chancery Lane underground station, hoped to give the weary back to work commuters the fight to face the January blues… and some much-needed exercise after the holiday excess of course!

The film explores a new chapter in the “Rocky” story and stars Academy Award nominee Sylvester Stallone, returning to his iconic role as well as “Fruitvale Station” star Michael B. Jordan as the son of Apollo Creed and is directed by award-winning filmmaker Ryan Coogler.

CREED will be released in UK Cinemas on January 15th 2016.