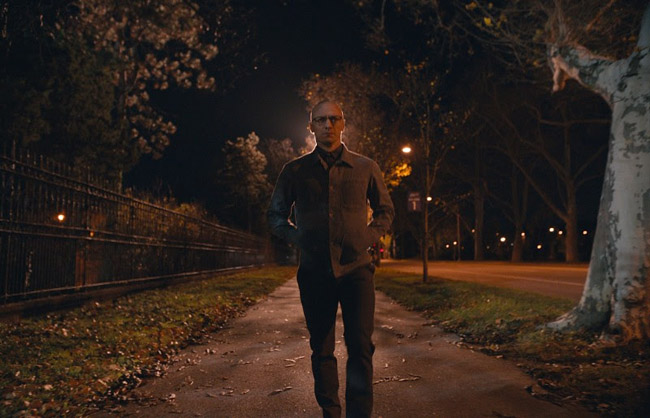 Coming from the writer and director behind thrillers such as Sixth Sense and Signs, M. Knight Shyamalan is the brand new trailer for Split.

Starring a very creepy James McAvoy – who dons his trademark bald head from his role as Professor Charles Xavier in the X-Men series – as a man with dissociative identity disorder. We have to admit, the sight of McAvoy in a skirt made us chuckle.

Writer/director/producer M. Night Shyamalan returns to the captivating grip of The Sixth Sense, Unbreakable and Signs with Split, an original thriller that delves into the mysterious recesses of one man’s fractured, gifted mind. Starring alongside McAvoy is Anya Taylor-Joy, Betty Buckley, Jessica Sula, Haley Lu Richardson.

Though Kevin (James McAvoy) has evidenced 23 personalities to his trusted psychiatrist, Dr. Fletcher (Betty Buckley), there remains one still submerged who is set to materialize and dominate all the others.  Compelled to abduct three teenage girls led by the willful, observant Casey (Anya Taylor-Joy, The Witch), Kevin reaches a war for survival among all of those contained within him—as well as everyone around him—as the walls between his compartments shatter apart.