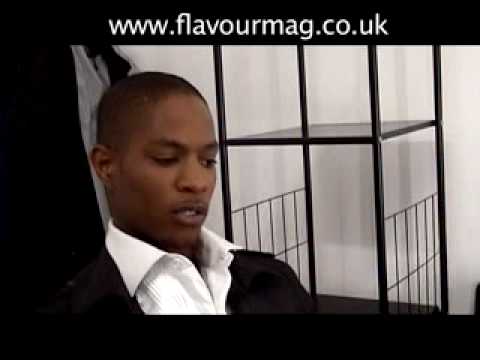 Griminal is the hottest new grime artist on the scene. He is looking very dapper, dressed old Hollywood style for his Flavour Magazine shoot. Griminal takes five from posing to answer some questions

You are looking very dapper, real smooth….are you feeling the look?
Yeah I really like it, its not something I have ever rocked before but its cool. Something new!

What’s you typical look?
Hoodies, baggy jeans, Nike trainers, mostly air max. I’m a bit of collector, got mad boxes stacked in my room, could do with some more though!

You’re a college student, What are you studying?
I’m studying music technology, I’m learning how to produce.

Are you more into rhyming or production?
I love both but I’m also interested in other aspects of the music industry like management. That’s why I really study music in college.

So are there artists on the scene that you’ve got your eye on?
I have a few artists I’ve got my eye on. But at the moment I’m really just focusing on working on myself.

Can you tell us a bit about the latest single you’ve got coming out?
Its called Invincible, I’m shooting the video for it this weekend. By the time you’re reading this you’ll probably see it on MTV and all the other music channels.

What’s the song about?
Its about a boy and a girl in a relationship and how, no matter what problems are thrown at them the relationship goes strong. And no matter what happens between them they’ll be together. You can really see the storyline in the video.

And was it written from the heart?
Well I cant really divulge that information!

Did you choose the lead girl for the video?
Well I haven’t seen her but the management sorted that out. I’m looking forward to working with someone and acting out a storyline as I’ve never done it before.

What’s your biggest passion right now. Studying or rhyming?
I would say they are equal because you need education but at the same time I love my music. Its good to pursue what you are passionate about but get some education so you have a back up plan.

How did you come up on the grime scene?
I used to listen a lot to the radio, to Kano, Ghetts, my brother Marcus Nasty from the Nasty Crew, which I’m a part of. Basically I came up surrounded by music, landed in the Nasty Crew and all I had to do was start writing and develop my own style. Luckily people liked what I did with lyrics and my sound.

So how would you describe your style?
Indescribable

Wow, that’s a strong word!
Yeah, you have to be confident and believe in yourself. That’s the most important thing.

Anyone you are keen to work with that’s big on the scene?
Not in the UK because I’ve either spoken to them or we have done something together already. Stateside Drake, Lil’ Wayne and Kanye West.

Who do you aspire to be like?
Myself. I don’t wanna be like anyone whose already out there.

How did you come up with the name?
Well I’m a grime artist, so to me being borne of that music I’m a griminal. It’s a play on words, like criminals do crime but griminals do grime!

What’s next for you after the new single?
I will release a few more tracks and then the album. If the album does well then hopefully a tour. I wanna drive my music and just take things to a higher level. People on the grime scene need to keep pushing and breaking out of the underground!