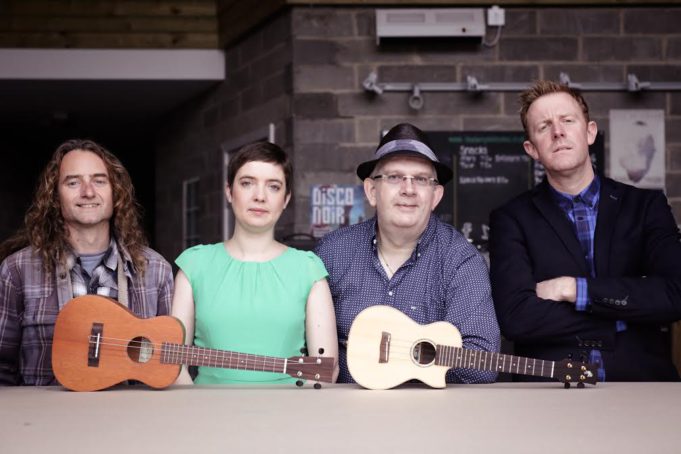 Their new EP ‘Protest Songs’ is their first release since their 2015 debut album  ‘Adam Blames Eve’ which had selected tracks featured by BBC Introducing and received positive feedback. The Leeds-based ensemble (comprised of Jessica Bowie, Nick Cody, Adrian Knowles and Richard Ferdinando) drew inspiration for their lyrics from current world affairs in the belief that there needs to be more discussion about what really matters. They note that the real magic happens when they get inside the studio and start collaborating with each other.

‘Protest Songs’ is a lead up to the release of a second album from the quartet set to be released next year and the ensemble have a line up of live gigs planned for the summer. More information about the group can be found on their Facebook page.